Virgin inks film deal with NBCUniversal | Cable | News | Rapid TV News
By continuing to use this site you consent to the use of cookies on your device as described in our privacy policy unless you have disabled them. You can change your cookie settings at any time but parts of our site will not function correctly without them. [Close]

Boosting its offer for those spending much more time at home, UK cableco Virgin Media has sealed a first-time deal with NBCUniversal to allow customers to watch a range of the studio’s new releases on the same day they are intended to hit cinemas. 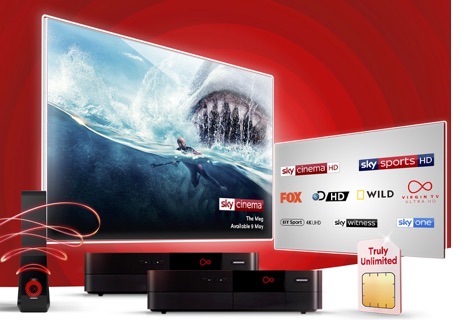 Explaining the reasons for the deal, the companies say that given the rapidly evolving and unique circumstances that have currently made it difficult to view films in cinemas, NBCUniversal has indicated that it wants to enable customers to still watch its content as soon as they were due to be available.

When the deal kicks in, Virgin show the likes of DreamWorks Animation’s newest film Trolls World Tour, the sequel to the blockbuster hit Trolls, on 6 April the same day as its UK cinema release. NBCUniversal titles that are currently in theatrical release are now already available on-demand on Virgin Media Store. These include recent films from Universal Pictures and its speciality label Focus Features such as The Hunt, The Invisible Man and Emma. These NBCU titles will be available for all Virgin Media customers in the Virgin Media Store, priced at £15.99, and rentals are for 48 hours.

“In these challenging times, it’s great news for our customers that they won’t be missing out on the latest cinema releases,” commented David Bouchier, chief digital entertainment officer at Virgin Media. “At a click of a button, friends and families can sit back, relax and enjoy the latest blockbusters from the comfort of their sofa.”

To help customers of its cable network further during the Covid-19 outbreak, Virgin Media has given over 2.7 million of its Pay Monthly customers unlimited minutes to landlines and other mobile numbers, plus a 10 GByte data boost.
Tweet