Virgin Media extends gigabit broadband in UK | Infrastructure | News | Rapid TV News
By continuing to use this site you consent to the use of cookies on your device as described in our privacy policy unless you have disabled them. You can change your cookie settings at any time but parts of our site will not function correctly without them. [Close]

Continuing the company’s rollout of high speed connectivity across the UK, and in what is described as the UK’s largest ever gigabit switch-on, Virgin Media’s fibre broadband service will be available to more than a million homes across the West Midlands. 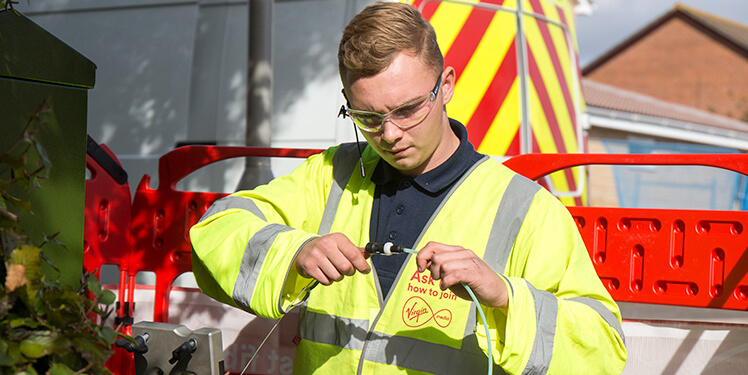 The rollout forms part of Virgin Media’s plan to offer gigabit speeds to more than 15 million homes across its network by the end of 2021, delivering half of the UK government’s broadband ambition four years early.

Virgin first announced in 2019 that it was bringing gigabit speed broadband to residents in and around Southampton, Manchester and Reading. The next-generation Gig1 Fibre Broadband service — which offers an average peak-time download speed of 1.104 Gbps — is rated as offering connectivity up to 20 times faster than UK average broadband speed and the company plans to bring gigabit connectivity to around 15 million UK homes by the end of 2021. In February 2019, Virgin Media began trialling what it says is the UK’s fastest home broadband with a full fibre connection offering speeds of more than 8 Gbps to homes in Cambridgeshire. The trial made use of EPON (Ethernet passive optical network) technology - a global point-to-point network standard.

Virgin Media will switch on its services in early March in Birmingham and Coventry - the first cities to benefit from the service this year - as well as surrounding areas across the West Midlands.

“Virgin Media is delivering on its promises, putting its money where its mouth is and bringing next-generation broadband to its entire network,” said Virgin Media chief operating officer Jeff Dodds.

“Switching on gigabit speeds for more than a million homes in the West Midlands, the UK’s largest gigabit rollout to date, will be a leap forward for the region and a big step for the Government’s gigabit broadband ambition. From gaming to streaming, Gig1’s hyperfast speeds will mean that households can do everything they want to do online, at the same time and without delay, with millions of more homes set to benefit this year as we bring this next-generation connectivity to more cities around the UK.”