NEO Studios kicks off Factory of Dreams: Benfica | Programming | News | Rapid TV News
By continuing to use this site you consent to the use of cookies on your device as described in our privacy policy unless you have disabled them. You can change your cookie settings at any time but parts of our site will not function correctly without them. [Close]

Award-winning global producer NEO Studios has unveiled a four-part documentary on the campus for legendary Portuguese football team Benfica which has served as a production line of outstanding talent. 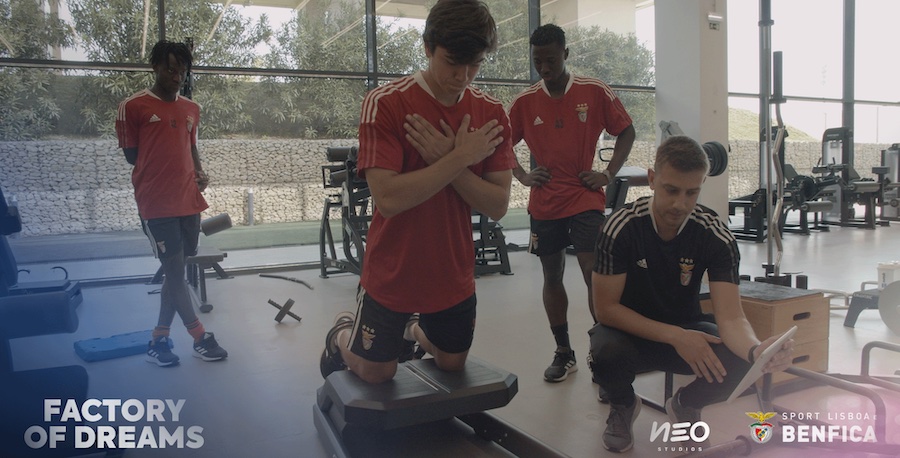 Both current academy players and some of The Eagles’ famous graduates including António Silva, Henrique Araújo, João Felix, Rúben Dias, Ederson, João Cancelo are featured in the four episodes of the documentary which incorporate a year of filming during the 2021-22 season.

As developing youth players look to establish themselves in the senior team of the most decorated club in Portuguese football, viewers will enjoy insights into the training methods which continue to make the Campus a global success story. The documentary also uncovers the highs and lows these young talents experience in making their way in the professional game, including those of breakthrough academy players Henrique Araújo and Antonio Silva.

“We're thrilled to be able to work closely with Benfica to portray what makes the Benfica team and Campus such a unique environment,” said NEO Studios Global CEO Anouk Mertens commenting on the documentary. “The access they have given the NEO team is unparalleled and I am sure that sports fans across the world will enjoy the inside stories the documentary provides. Especially the how and why young players make the grade at a legendary European giant, but also the talent, dedication, and perseverance this requires.”

Benfica CEO Domingos Soares de Oliveira added: “The launch of the documentary produced by NEO Studios, Factory of Dreams, on international platforms allows us to showcase and project the excellence of the work done at Benfica Campus internationally. We have been recognised for this work within our industry and releasing it to a much wider audience is extremely important.”