Discovery Sports saddles up for 2022 cycling season | Programming | News | Rapid TV News
By continuing to use this site you consent to the use of cookies on your device as described in our privacy policy unless you have disabled them. You can change your cookie settings at any time but parts of our site will not function correctly without them. [Close]

Basing it its successful coverage of the Winter Olympics, Discovery has unveiled plans for what it says will be “unrivalled” coverage and content plans for the 2022 cycling season across its discovery+, Eurosport and GCN+ platforms. 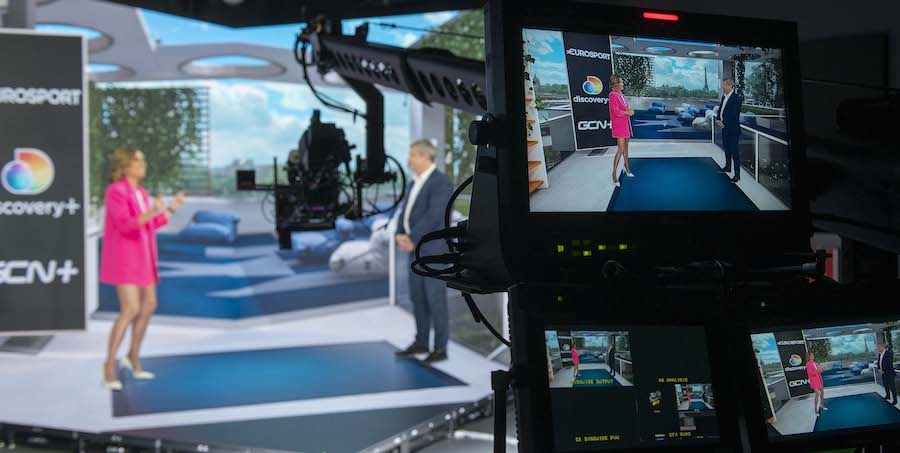 The season’s coverage will encompass the Cobbled Classics, the historic Grand Tours and races from the world’s greatest velodromes. As well as a host of live cyclocross, BMX, track and mountain bike events, once again every minute of coverage produced from the Giro d’Italia, the Tour de France Hommes and Femmes, and La Vuelta a España will be shown live.

The broadcaster will produce more than 600 individual broadcasts including over 1,200 live hours of cycling for coverage in 65 markets via Eurosport and discovery+, and 208 territories via GCN+, 2022 is set to be Discovery Sports’ biggest year of cycling yet. Live cycling will be available to stream on discovery+ in Denmark, Finland, Italy, Sweden, Norway, the Netherlands and the UK. Eurosport’s linear channels will serve 50 markets in Europe with streaming on the Eurosport App. GCN+ will offer streaming and added content in 208 territories.

Discovery’s mixed reality studio, the Cube, will also be activated for the Tour de France Hommes et Femmes - the first time it will be used during a Grand Tour event - adding another layer of analysis to its coverage. Discovery will bring more women’s cycling to fans than any other broadcaster in the world this year with the addition of new rights to territories outside its Europe-wide offering including the inaugural Tour de France Femmes.

“As part of the leadership team at Discovery Sports, we're looking how we can make sure we have equality and balance across all our sports including cycling,” said Scott Young, SVP content and production at Discovery Sports. “You're going to see a really immersive part of our coverage, which will be to give you the best storytelcentre for The Breakaway. This is a phenomenal storytelling tool. It's one of the great innovations of broadcast. You've seen it across our recent Olympics in Tokyo and Beijing, across our tennis coverage and now it's coming to cycling.”