Woodcut Media ramps up factual entertainment production | Major Businesses | Business | News | Rapid TV News
By continuing to use this site you consent to the use of cookies on your device as described in our privacy policy unless you have disabled them. You can change your cookie settings at any time but parts of our site will not function correctly without them. [Close]

As the company bolsters its factual slate, indie prodco Woodcut Media has appointed Meriel Beale to the newly-created position of senior executive producer, factual entertainment, focusing on developing original formats and securing commissions within the UK and internationally. 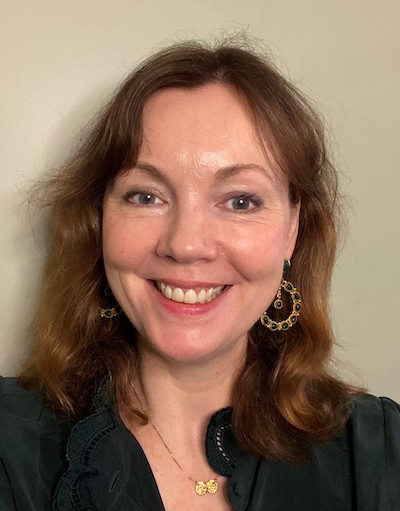 Effective immediately, Beale will report directly to Woodcut's CEO, Kate Beal and head of development, Jo Enyori. Boasting a track record as a producer, Beale has special expertise in factual entertainment with a side helping of the comedy factual genre and will also tap into this new area for Woodcut thus further broadening the company's reach.

Beale was responsible for producing the original pilot to hit format Through the Keyhole with Keith Lemon, which was swiftly commissioned, going on to executive produce further series. She was also  series producer for Curve Media's travelogue series Motorhoming with Merton and Webster (Season 2 - C5), and series editor for Nit TV's (comedian Harry Hill's prodco) Britain's Greatest
Obsessions (A+E Networks).

Further series producer/exec producer/series editor credits include Hat Trick's comedy format The Time it Takes (BBC1) with Joe Lycett & Alison Hammond, Pride of Britain Awards ITV with Carol Vorderman and Ashley Banjo, I'm A Celebrity Get Me Out of Here! (ITV Studios), as well as many other unscripted shows ranging from live studio, documentaries, travelogues, and gameshows. Over the years she has built strong relationships with talent, working with the likes of Simon Cowell, Ant & Dec, Claudia Winkleman, Joe Lycett, Chris Packham, Dermot O'Leary and others.

Commenting on the new hire, Beal said: "We are significantly ramping up our factual entertainment offering as our company enters a new phase of growth. Meriel's long list of credits and wealth of proven expertise will no doubt make an invaluable contribution as we continue to expand our team and make our mark on the global TV landscape. In addition, her work championing inclusivity within the industry is hugely impressive and strongly aligns with our values. We are fortunate to welcome her to Woodcut."

Beale added: "Woodcut is a very smart and exciting company that I have been following as a fan, and I am grinning with ill-concealed delight at the chance to drive their new fact entertainment strategy and develop new shows together."