Starz Play eyes 50 shows to boost market advantage | VOD | News | Rapid TV News
By continuing to use this site you consent to the use of cookies on your device as described in our privacy policy unless you have disabled them. You can change your cookie settings at any time but parts of our site will not function correctly without them. [Close]

Video streaming service Starz Play is planning to add up to 50 new shows in 2019 to consolidate its leading market position in the Middle East and North Africa (MENA). 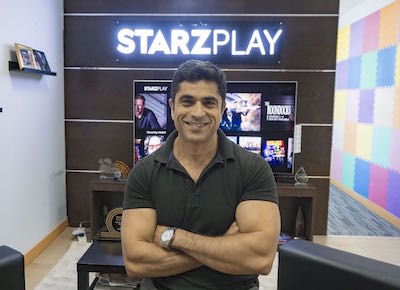 The new series will be unique to the Starz Play over-the-top (OTT) platform and will air on the same day and time as they debut in the US. Hit movies and popular Arabic series will also be a focus during the coming year, the company said.

“There is a strong global shift towards OTT subscription services such as Starz Play and this region is no different. Independent reports show that Starz Play is the number one OTT provider in the MENA region, with a 26% share of the overall regional market – including Egypt and the Maghreb region of Arab and French-speaking North Africa,” said Maaz Sheikh, co-founder and CEO.

“By 2022, our data and predictions suggest Starz Play will further increase its regional market share to around six million paying subscribers – positioning the brand as the stand-out leader in the OTT streaming segment,” he added.

In September 2018 the platform added the entire catalogue of The Big Bang Theory, including the hit comedy’s final season. It also premiered season 5B of action-drama series Vikings in November. The first episode of Vikings season 5B premiered in Dubai, 24 hours before airing in the US. It also extended its contract with Disney to provide viewers with Episodes I-VII of the Star Wars movie franchise.

Arabic speakers comprise 80% of Starz Play’s 700,000 users. Of those in the UAE, 50% of subscribers are Emirati. In Egypt and the Mahgreb, 100% of subscribers are Arabs, while 85% of the platform’s Saudi audience are nationals. The company also expanded into Pakistan in 2018.

“We have the most on-demand shows offered in the region and provide content we know our subscribers want. The joy of digital is that we can see within half an hour of releasing a new show how popular it is. We listen to our customer needs and our audience want on-demand shows,” said Sheikh.