Peaky Blinders carves drama ratings leadership for BBC Two | Ratings/Measurement | News | Rapid TV News
By continuing to use this site you consent to the use of cookies on your device as described in our privacy policy unless you have disabled them. You can change your cookie settings at any time but parts of our site will not function correctly without them. [Close] 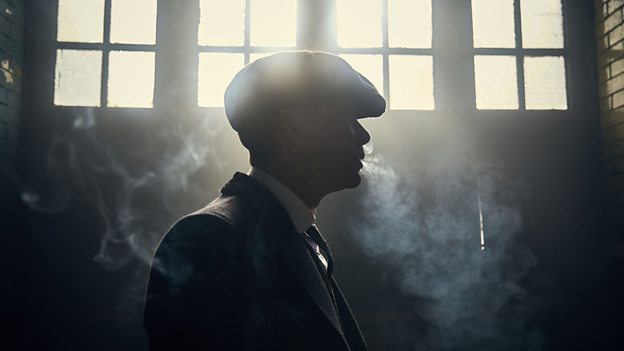 Justifying the hype and pre-transmission marketing, the fourth series of drama series Peaky Blinders has been revealed as the most popular drama series on BBC Two during 2017.

The latest series of the gangster drama following the lives of crime boss Thomas Shelby (Cillian Murphy, pictured) and his family in post-war Birmingham began transmission in November 2017.

Consolidated figures have revealed that the series — created and written by Steven Knight, and produced by Caryn Mandabach Productions and Tiger Aspect Productions for BBC Two — drew a series average of 3.3 million, with a peak episode volume of 3.6 million for the series finale, the biggest audience for an episode ever. This, said the BBC, made it the most popular series of Peaky Blinders ever, ahead of the averages for series one of 2.4 million, series two which drew 2.2 million and series three which attracted 2.4 million viewers.

The Corporation added that the iPlayer figures also reflect the popularity of the critically acclaimed drama, with stats revealing each episode received more than a million requests in the seven days after broadcast transmission. Its sign-in data also indicated that nearly 60% of the audience viewing the show on BBC iPlayer were under 35 years old.

Commenting on the news, Peaky Blinders creator and writer Steven Knight said: “Peaky Blinders continues to grow not just as a TV show but also as a cultural phenomenon. As makers we watch the creativity and invention of our fan base as closely as they watch the show. There is a great engine of support behind the show all around the world even in countries where it is not officially available. The BBC gave us a free and open platform to create something other broadcasters may not have understood. The story will continue.”

The BBC has confirmed a fifth series of Peaky Blinders for 2019. Added BBC Two Controller Patrick Holland: “Peaky Blinders just gets better and better. It is such a distinctive, brilliantly crafted, beautifully acted series that Steven Knight, the production team and the exceptional cast have taken to another level. It is brilliant that such a broad, younger audience loves the series as much as we do at BBC Two.”