Freeview Play hits on-demand content milestone | Ratings/Measurement | News | Rapid TV News
By continuing to use this site you consent to the use of cookies on your device as described in our privacy policy unless you have disabled them. You can change your cookie settings at any time but parts of our site will not function correctly without them. [Close]

Freeview Play, the free connected TV offering of the Freeview UK digital terrestrial TV service, has revealed that its viewing has increased by over 10,000 hours since 2021, with the platform now home to over 40,000 hours of on-demand content. 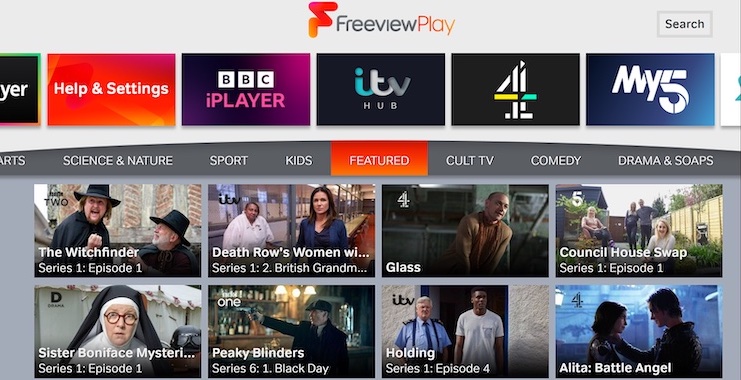 Freeview Play is home to over 95% of the UKs most watched shows, and provides access to over 80 live TV channels and ten on-demand players; BBC iPlayer, ITV Hub, All 4, My5, UKTV Play, CBS Catchup Channels UK, Horror Bites, STV Player, POP Player and BBC Sounds. The service is available on nearly all smart TVs sold in the UK and has become the UK’s fastest growing TV platform. Since launching in 2015, Freeview Play has sold over 15 million devices, and has over 11 million regular users. In October 2021 the service announced that it had reached the 10 million user mark.

Commenting on the milestone Freeview Play marketing director Owen Jenkinson said: “Freeview Play just keeps getting bigger and better. Over the past few months alone more live channels have been added to the platform, such as W channel, and BBC Three, and our on-demand offering is now an incredible 40,000 hours strong. Free TV has never looked so good.”