NAB 2019: US proposes ATSC 3.0 broadcast standard for global harmonisation | Broadcast | News | Rapid TV News
By continuing to use this site you consent to the use of cookies on your device as described in our privacy policy unless you have disabled them. You can change your cookie settings at any time but parts of our site will not function correctly without them. [Close]

The United States of America has proposed to the International Telecommunication Union (ITU) adoption of the ATSC 3.0 digital broadcast standard for use by all countries in the world. 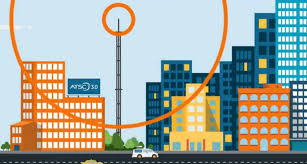 The proposal is the first major step in the evaluation process for worldwide acceptance of the standard. The US delegation has proposed ATSC 3.0 – the world’s first Internet-Protocol-based television broadcast standard – to a Working Party of Study Group 6 of ITU’s Radio communications Sector, which develops and maintains worldwide recommendations, reports and handbooks on the broadcasting service. The US effort was actively supported by the South Korean government delegation, with significant assistance from the Korean Electronics and Telecommunication Research Institute.

Developed by the Advanced Television Systems Committee, the ATSC 3.0 standard has been adopted in both the United States and the Republic of Korea. The suite of voluntary technical standards and recommended practices will provide an alternative to other digital terrestrial television standards including the European DVB-T, Japanese/Brazilian ISDB-T and Chinese DTMB platforms.

“We’re delighted to begin this process and look forward to an expedited consideration so that other nations can confidently implement this remarkable new standard,” said US delegation spokesman Larry Olson, assistant chief of the Global Strategy and Negotiation Division in the International Bureau of the Federal Communications Commission.