Rapid TV News - Rapid TV News
By continuing to use this site you consent to the use of cookies on your device as described in our privacy policy unless you have disabled them. You can change your cookie settings at any time but parts of our site will not function correctly without them. [Close] 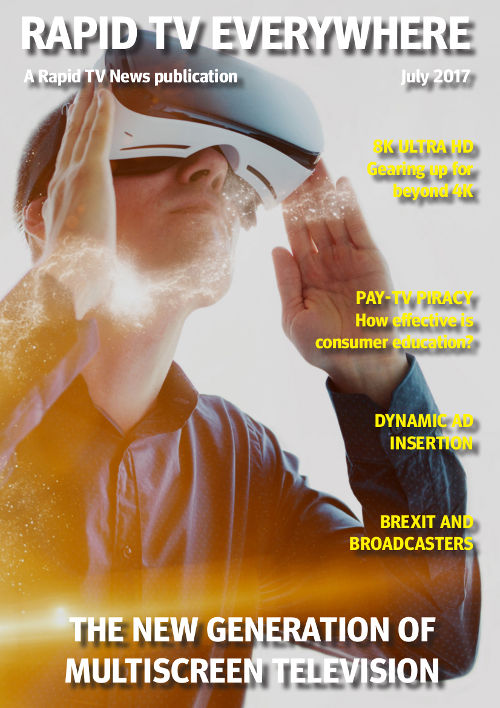 Who hasn’t done it? Who on New Year’s Day hasn’t made a resolution in more than hope than expectation that six months later you’re still on track? Stopping bingeing and being skinnier are classic ones. Well as we enter July after six months of the year, the TV industry can say that it has failed wonderfully on the first and succeeded in the same token on the latter.

The plain truth is that midway into 2017 and the industry is as robust as ever; we are continuing to watch more TV in more places for longer and that the surprise hit of the year has been the skinny bundle. A lot of column inches have been given over to the phenomenon of the year but even if undoubtedly skinny isn’t a fad diet, it’s not the only option on the menu. Indeed, there’s a lot more beef to the advanced products and services currently driving the TV market.

For example, there is IP broadcasting which we’ve touched on many times this year (and will undoubtedly keep doing so); there’s the next generation of displays screens – we’re not talking about 4K but of 8K; then there is dynamic ad insertion which is now seeing use for major events such as the Champions League final; there’s artificial intelligence which is rapidly gaining attention as its power will allow operators to turn big data into big revenue; and there’s the perennial issue of content protection.
All of these are covered in our July issue. We hope as ever you will find some tasty items on out menu. Bon appetite.