DAZN claims European digital sports leadership for 2022 | Major Businesses | Business | News | Rapid TV News
By continuing to use this site you consent to the use of cookies on your device as described in our privacy policy unless you have disabled them. You can change your cookie settings at any time but parts of our site will not function correctly without them. [Close]

Buoyed by rights acquisitions and expanded presence across core and emerging markets, sports platform DAZN has released its annual review showing in 2022 it streamed 1.2 billion hours globally across 130 million connected devices, up from 1 billion hours and 100 million devices in 2021. 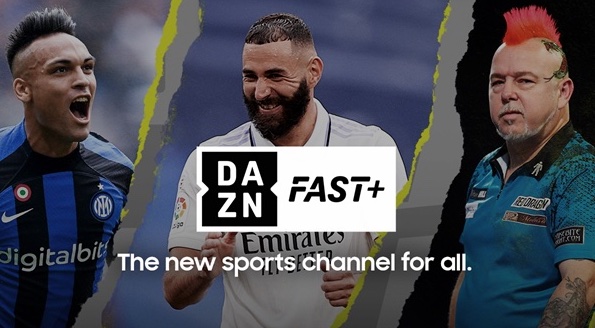 As part of the company’s growth ambitions and diversification strategy, DAZN saiys that it is moving beyond its position as the first truly global sports streaming platform to become the daily sports destination for fans .

Claiming to own the highest grossing sports app of 2022, the 2022 annual review showed DAZN is now live in 225 countries and territories expanding its presence across core and emerging markets, developing an immersive and personalised customer-focused offering, and significantly expanding its global rights portfolio. Holding global boxing rights, DAZN says that it is a market-leader in Italy, Japan, DACH (Germany, Austria, Switzerland) and Spain where it holds top-tier domestic football rights including Bundesliga, LaLiga and Serie A.

Highlights for the year included acquisition of ELEVEN Sports, putting DAZN in a leading position in major European footballing nations Portugal and Belgium, as well as expanding its presence in Southeast Asian markets. This completes DAZN’s existing position in several countries and territories. The company also launched new football rights in Spain with La Liga alongside major distribution partnerships.

UEFA Champions League partnerships were extended in Germany until 2027 including broadcast rights to over 90% of UEFA Champions League matches, ensuring said DAZN that it remains the home of Europe’s flagship club competition in Germany. The company also signed an agreement with the Professional Fighters League to create PFL Europe, making the first regional league ever from a global provider of MMA when launched in 2023.

As part of vision to create a daily destination for sports fans, DAZN expanded into live extreme sports through Red Bull TV, the first linear channel to be made available globally on the platform and took global broadcasting rights to leading women’s football divisions.

“The past twelve months have been a highly significant period for DAZN as we look to become the ultimate daily destination for sports fans,” commented DAZN CEO Shay Segev. “We have experienced healthy growth across our markets, added a significant volume of global and domestic rights to the platform, and substantially increased our revenues by adjusting our core offerings and exploring new revenue streams. Looking forward, we have a clear plan in place to deliver the next phase of DAZN’s progress. Our focus will be on making the product more accessible, removing further friction and improving customer engagement. We are excited for what the future holds.”