World Cup delivering record-breaking TV audience numbers | Ratings/Measurement | News | Rapid TV News
By continuing to use this site you consent to the use of cookies on your device as described in our privacy policy unless you have disabled them. You can change your cookie settings at any time but parts of our site will not function correctly without them. [Close]

Led by England v USA becoming the most watched men's football match on US television ever, the 2022 World Cup is proving a hit with TV viewers with data from world football governing body FIFA has showing the tournament is attracting record-breaking numbers. 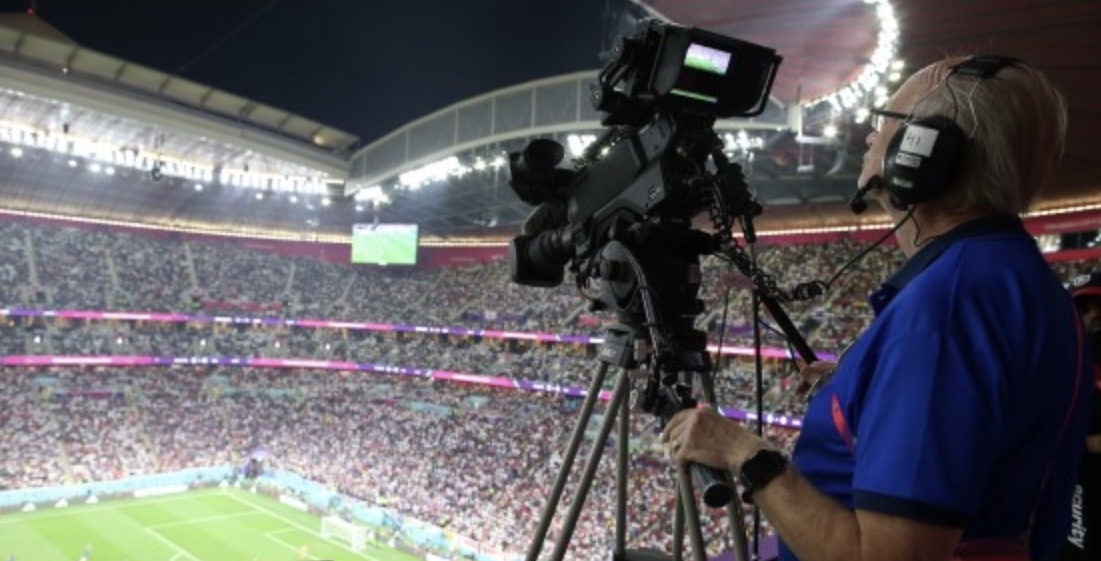 In addition to the clash between the Three Lions and USMNT on 25 November, Japan’s group stage match versus Costa Rica on 27 November generated the highest audience of the year in the Asian country with 36.37 million viewers, while La Albiceleste’s encounter with Mexico drew an audience share of 81.3% in Argentina.

The English-language coverage of USA’s encounter with England on 25 November was the most watched men's football match on US television ever, with a peak audience of 19.65 million viewers on FOX. NBC-Universal's Spanish-language coverage of the match on Telemundo was the second-most watched FIFA World Cup Group Stage match featuring a United States team in Spanish-language history. The following day, as Argentina and Mexico met in a crucial Group C tie, the Telemundo broadcast in the US was the most-watched FIFA World Cup Group Stage match in Spanish-language history in the country, and the second largest of any stage, ever.

In Mexico itself, coverage of the same match delivered a national audience of 20.96 million viewers. The combined share across three channels broadcasting the game was 67.9%. This was higher than the top combined rating in the territory for any match of the FIFA World Cup in 2018. In addition, the average audience in Canada for their make-or-break tie with Croatia was 4.33 million, with a share of 68.4%. This was 17% higher than Canada's opening match and 12% higher than the top combined audience in the territory for the 2018 tournament.

These figures augur well for the 2026 World Cup which will be held in the US, Mexico and Canada.

Asia has been a hotbed of football action to date. Audiences for Japan and Costa Rica drew an average audience surpassed the audience of their famous comeback against Germany in their tournament opener by over 10 million and was 74% higher than the average domestic group stage audience during the FIFA World Cup in 2018. On 24 November in Korea Republic, 11.14 million people watched their tournament opener against Uruguay. The broadcast saw a 97% increase in TV audience compared with the average for group stage matches at the FIFA World Cup in Brazil in 2014; 18% higher than at Russia 2018.

In Europe, 65% of people watching TV in Spain on 28 November saw La Roja take on Germany in one of the most anticipated games of the tournament so far. 11.9 million was the combined audience across coverage on La1 and Gol Mundial, exceeding the audience of any group stage game for the FIFA World Cup in 2018.

Over three quarters (76.6%) of all people watching TV in the Netherlands witnessed the  1-1 draw with Ecuador. This was the highest TV audience in the country in 2022 and greater than any match during the FIFA World Cup in 2018.

In France, current World Cup holders Les Bleus’ encounter with Denmark, was broadcast on TF1. Averaging an audience of 11.6 million viewers, the programme audience peaked in the closing minutes of the match as 14.56 million watched Kylian Mbappé score a late winner. This was the highest peak of the tournament in France so far, beating 14 million viewers during France's opening match against Australia.

Portugal’s match with Uruguay on Monday 28 November was the highest TV audience in Portugal for a FIFA World Cup match ever. In total, 5.35 million viewers in Portugal watched at least one minute of coverage as the team progressed to the knockout stages. The coverage held an audience share of 69.5% as A Seleção got their second win in as many games at the tournament. Over 80% of the Portuguese TV landscape has now watched at least one minute of the tournament’s coverage.