FilmRise forges domestic deal for Hannibal, Hemlock the Grove | Deals | News | Rapid TV News
By continuing to use this site you consent to the use of cookies on your device as described in our privacy policy unless you have disabled them. You can change your cookie settings at any time but parts of our site will not function correctly without them. [Close]

Sealing a deal with Gaumont to enable it to distribute two Emmy Award-nominated series on its branded OTT apps in the US, film studio and streaming network FilmRise has acquired the distribution rights to Hannibal and Hemlock Grove. 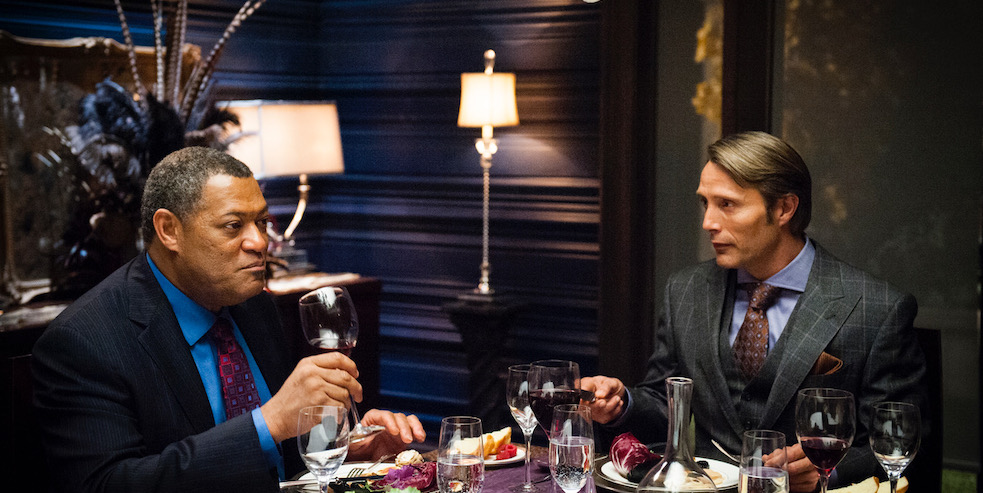 Created and written by Bryan Fuller, Hannibal  (pictured) explores the early relationship between renowned psychiatrist Hannibal Lecter (Mads Mikkelsen) of Silence of the Lambs fame, and a young FBI criminal profiler (Hugh Dancy) who is haunted by his ability to empathise with serial killers. The series stars Laurence Fishburne as Jack Crawford and Gillian Anderson as Dr. Bedelia Du Maurier.

Hemlock Grove, based on Brian McGreevy’s best-selling debut novel of the same name, premiered on Netflix in 2013 and stars Famke Janssen (X-Men) and Bill Skarsgard (It). The series examines the strange secrets and happenings that are a part of daily life in the small Pennsylvania town of Hemlock Grove, where the darkest evils hide in plain sight.
The new deal includes all three seasons – 39 episodes – of Hannibal and all three seasons – 33 episodes – of Hemlock Grove.

“These beloved horror series are welcome additions to FilmRise. Bryan Fuller’s Hannibal was a creative achievement for network TV when it launched on NBC, as was Hemlock Grove as one of Netflix’s early original series,” commented Max Einhorn, SVP of acquisitions and co-productions for FilmRise. We are excited to be among the first truly free streaming destinations to offer these shows.”

“We are excited to be working with FilmRise on the distribution of two of our most popular series,” added Gaumont USA president Nicolas Atlan. “Their network’s audience reach has grown exponentially over the years, and we are happy that we can offer, through this deal, the opportunity for old and new fans to watch these series.”