Bob Iger returns as Disney chief | Major Businesses | Business | News | Rapid TV News
By continuing to use this site you consent to the use of cookies on your device as described in our privacy policy unless you have disabled them. You can change your cookie settings at any time but parts of our site will not function correctly without them. [Close]

In a move that has shocked the media industry, the board of The Walt Disney Company has reappointed former CEO Bob Iger effective immediately, to replace incumbent Bob Chapek and lead the company for a period of two years. 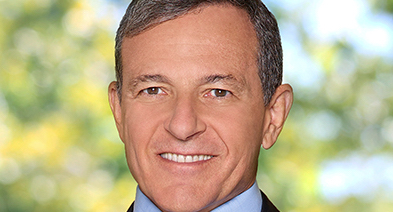 Only weeks ago, The House of Mouse released its 2022 financial year results claiming outstanding subscriber growth at direct-to-consumer (DTC) services, adding nearly 57 million subscriptions for a total of more than 235 million.
Indeed, commenting on the results, Chapek said the rapid growth of Disney+ in three years since launch is a direct result of our strategic decision to invest heavily in creating incredible content and rolling out the service internationally. Even though the year also saw noticeable operating losses at the DTC division Chapek expected such losses to narrow going forward and that Disney+ would achieve profitability in fiscal 2024, by realigning costs and realising the benefits of price increases and the Disney+ ad-supported tier set to launch in 8 December.

Chapek ended his analysis, noting that he was filled with optimism that the “iconic” company’s best days still lie ahead. Such days ahead will be without him at the helm as the board concluded that as Disney embarked on what it predicted an increasingly complex period of industry transformation, Chapek was not the person to take the firm forward.

Commenting on the decision to bring back the man who was Disney CEO for 15 years, Susan Arnold, chairman of the Disney board said: “We thank Bob Chapek for his service to Disney over his long career, including navigating the company through the unprecedented challenges of the pandemic. The Board has concluded…Bob Iger is uniquely situated to lead the Company through this pivotal period.”

Iger has agreed to serve as Disney’s CEO for two years, with a mandate from the board to set the strategic direction for renewed growth and to work closely with the Board in developing a successor to lead the Company at the completion of his term.

“I am extremely optimistic for the future of this great company and thrilled to be asked by the Board to return as its CEO,” Iger remarked. “Disney and its incomparable brands and franchises hold a special place in the hearts of so many people around the globe—most especially in the hearts of our employees, whose dedication to this company and its mission is an inspiration. I am deeply honoured to be asked to again lead this remarkable team, with a clear mission focused on creative excellence to inspire generations through unrivalled, bold storytelling.”

“Iger has the deep respect of Disney’s senior leadership team, most of whom he worked closely with until his departure as executive chairman 11 months ago, and he is greatly admired by Disney employees worldwide—all of which will allow for a seamless transition of leadership,” Arnold added.