Deadpan Pictures bolsters management team | Major Businesses | Business | News | Rapid TV News
By continuing to use this site you consent to the use of cookies on your device as described in our privacy policy unless you have disabled them. You can change your cookie settings at any time but parts of our site will not function correctly without them. [Close]

As part of its ongoing  expansion, Ireland-based independent production company Deadpan Pictures has appointed three new executives to grow its development slate, with a focus on high-end Irish themed drama. 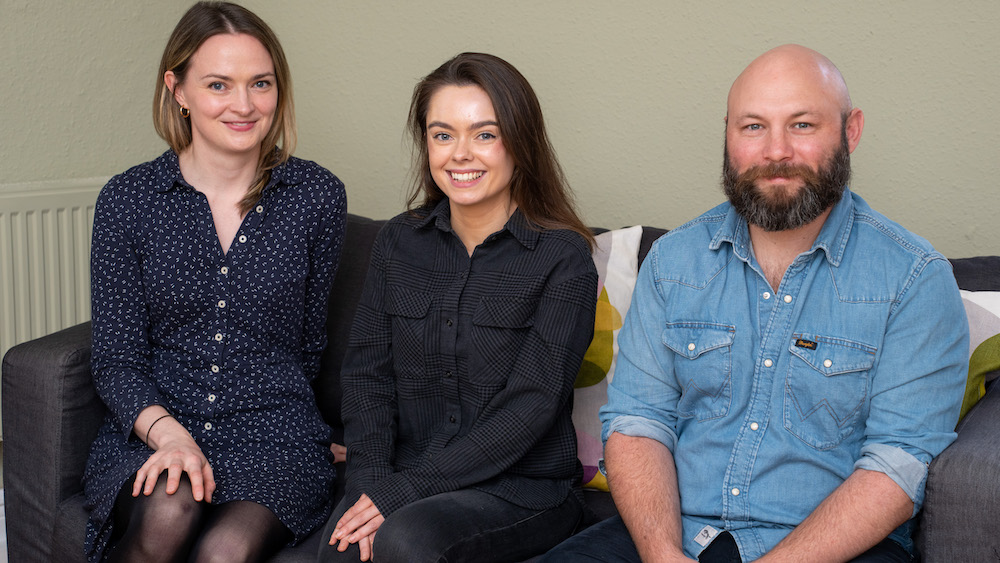 Boasting hits including Moone Boy, Can’t Cope Won’t Cope, Deadpan Pictures was founded in 2014 by producers Paul Donovan and Ailish McElmeel with an ambition to create drama with a comedic and a distinct Irish flavour to appeal to international audiences.

The three newly created roles will support Donovan and McElmeel. Aisling Kiely and Eleanor White and Sam Atwell (pictured left to right) will now join the growing team as , development producer, development executive and head of development respectively. All are in position with immediate effect and are based at the production company’s office in Dublin.

Atwell joins from RTÉ where he was responsible for identifying and nurturing new series for RTÉ’s drama slate, working on the dramas, Hidden Assets, North Sea Connection, Smother and executive producing Storyland. Kiely boasts experience in UK and International development and script consultation, with series credits across BBC, ITV, NBC and Sky, through positions held within Roughcut TV, Working Title Television, Twelve Town and Endor Productions. Completing the hires, White has a background in theatre across multiple territories, namely the US, UK and Ireland.

Commenting on the hires, Donovan and McElmeel said: “It’s a really exciting time for Deadpan Pictures as our team expands to support the growth of our business. We’ve assembled this talented development team in Sam, Aisling and Eleanor who share – and will also challenge and broaden - our taste, and we look forward to bringing more Deadpan drama to market.”