LiveU announces largest deployment ever for World Cup | Infrastructure | News | Rapid TV News
By continuing to use this site you consent to the use of cookies on your device as described in our privacy policy unless you have disabled them. You can change your cookie settings at any time but parts of our site will not function correctly without them. [Close]

Racking up what it said was a record number of bookings from global broadcasters, remote and mobile production specialist LiveU is gearing up for the largest deployment of solutions in Qatar to cover the forthcoming FIFA World Cup football tournament. 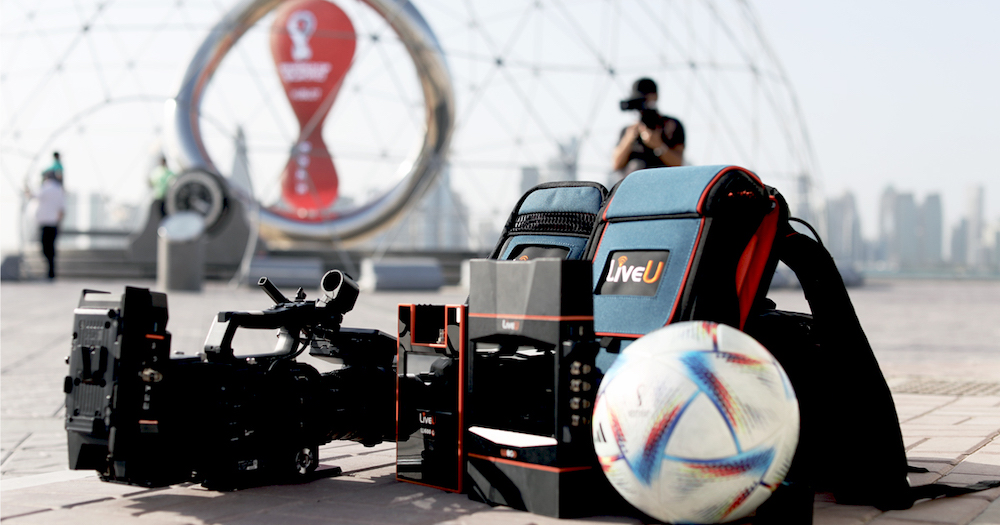 Broadcasters are planning to use LiveU's solution for main feeds from the stadiums with the official Communications Regulatory Authority (CRA) tags. Hundreds of LiveU 5G/4G field units have been booked by global broadcasters for 4K/HD quality live coverage of the tournament. Cloud-based services will also play a key role in the production workflows, notably the use of LiveU Matrix for IP video distribution of live feeds to global takers.

As part of its commitment in Qatar, the production firm will also have crew on-site to support customers and engage with the technical aspects directly involved in the broadcast of the games, using its technology. It will also be transmitting from the fan zones with the aim of enabling creative fan engagement.

LiveU noted that it had seen “unprecedented” demand most notably from Latin American nations. Vívaro Video – which brings together professionals from television and telecommunications with vast experience in services aimed at television broadcasts and signal transport in various countries - has 15 clients covering the tournament in Qatar, 50% of which are rights holders from Latin America.

“We’ve seen a significant increase in the number of clients and LiveU units planned for Qatar over what we had at the tournament four years ago,” said TVTEL Vívaro Video CEO Rodrigo Peralta. “The scale of the event, location, and press/fan restrictions presented some challenges for our production team, but we are confident that the reliability, quality, and support that LiveU provides will help us bring unique coverage of the matches to viewers worldwide.”

In addition, Caracol Colombia will use a wide range of LiveU units, including the LU800 and LU300, and servers in Colombia and Qatar.