DAZN adds to original slate with Cameroon Italia ’90 doc | VOD | News | Rapid TV News
By continuing to use this site you consent to the use of cookies on your device as described in our privacy policy unless you have disabled them. You can change your cookie settings at any time but parts of our site will not function correctly without them. [Close]

In the latest expansion of its slate of original content, and just before the Qatar World Cup begins, DAZN is to offer the documentary film Green Lions, the untold story of Cameroon’s Italia ‘90 FIFA World Cup adventure. 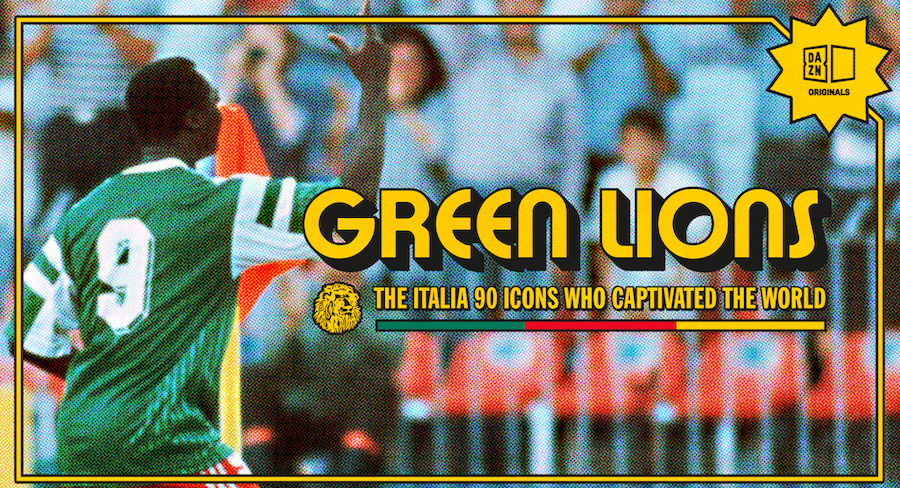 The DAZN Originals film, directed by Billy Dosanjh for the sports streaming servicesports streaming service, showcases the team, known as The Indomitable Lions, which became the first African nation to reach the quarter-finals, after defeating reigning world champions Argentina in the opening match of Italia 90. Yet for three decades, Cameroon’s story has only been told superficially, or as part of broader narratives.

Produced by Archer’s Mark and Dark Pictures, Green Lions takes viewers inside the camp and - for the first time - the full story is told by those who lived and breathed every moment of the team’s journey. The film will be available in key markets including DACH, Spain, Italy and Japan on DAZN.

The documentary features exclusive interviews with the players from the Cameroon Italia ‘90 FIFA World Cup squad, including leading goal-scorer Roger Milla and captain Stephen Tataw, as well as a supporting cast of football legends inspired by their achievements: Italy legend Gianluigi Buffon, England star and quarter-final opponent John Barnes and Argentina star Claudio Caniggia. The story shows a team who dared to dream, achieving the impossible, inspiring a generation around the globe and paving the way for a new wave of African football stars.

“Like so many football fans, Italia '90 was the start of our love for the game,” said producer Yaw A. Basoah. “The indomitable lions of Cameroon and their David-vs-Goliath exploits were at the heart of that inspirational tournament. It was a privilege to meet these heroes, relive their feats and explore their colossal impact on the footballing world.”

Fellow producer Grant Best added: “Green Lions, a DAZN Originals production, is a story that stands truly on its own in World Cup achievements. An irresistible narrative that encapsulates the team’s journey and how they captured the world’s imagination during Italia ‘90. Their unforgettable World Cup exploits have never been fully explored so intimately and we are excited to bring their incredible story to our sports fans in some of our biggest markets ahead of the FIFA World Cup.”

Green Lions is one of DAZN’s three World Cup commissions, along with Maradona: The Fall, a look behind the scenes of one of the biggest controversies in World Cup history and The Phenomenon: The Rise, Fall and Redemption of Ronaldo, a film that examines Ronaldo’s meteoric rise, spectacular fall and ultimate redemption that culminated in him leading Brazil to a World Cup victory in 2002.
Tweet