Quarter of US homes believe films should be available free | Security | News | Rapid TV News
By continuing to use this site you consent to the use of cookies on your device as described in our privacy policy unless you have disabled them. You can change your cookie settings at any time but parts of our site will not function correctly without them. [Close]

Quarter of US homes believe films should be available free

In what is an alarming finding indicating a growing number of video consumers green lighting illegal activity, Parks Associates data has revealed 23% of US internet households agree that pirating content is acceptable, up from 14% in 2019. 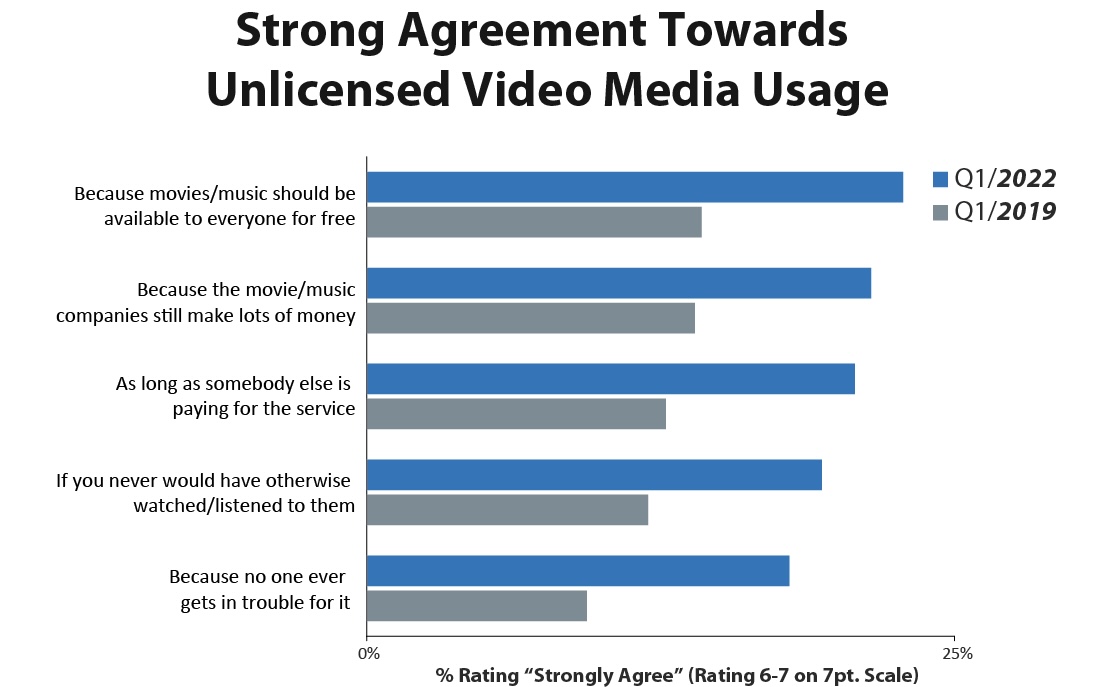 Speaking to lending lights within the content protection industry, Parks found that with an increasingly fragmented content landscape as content owners announce direct-to-consumer services, piracy was soaring. There was a feeling that consumers pirate not because they want to but because they're often forced to by an increasingly complex and fragmented streaming landscape that was built for companies, not users.

Moreover, the study also found that almost half of pirates believe stealing content is acceptable because there are no consequences
to the behaviour and that some consumers do not even realise that they are viewing pirated content.

The analyst noted that the security industry believes that there there was room for improvement from its constituents in several perspectives: education, content security and product design.

“Piracy’s impact has gone from bad to worse, and it’s hitting content owners and service providers where it hurts: in their pockets,” said Steve Epstein, fellow solutions engineer, Synamedia speaking to Parks Associates. “The good news is there is technology and intelligence available to keep content secure and stop them in their tracks.

“Ultimately, consumers are looking for content, so we all need to focus on the best, aggregated approaches to allow this to happen,” added Sebastian Kramer, SVP product management, NAGRA. “However, for pirate-hosted streaming services, the industry has other tactics to disrupt and block access.”

The research comes as Parks organised an event designed to provide insights on piracy behaviour and triggers and strategies to balance piracy prevention with subscriber retention and churn motivators.