S4C engages Welsh indies to produce Gogglebocs Cymru | Infrastructure | News | Rapid TV News
By continuing to use this site you consent to the use of cookies on your device as described in our privacy policy unless you have disabled them. You can change your cookie settings at any time but parts of our site will not function correctly without them. [Close]

Welsh language public broadcaster S4C has confirmed that the tender to produce the first ever Welsh language version of Channel 4’s and Studio Lambert’s top-rated format Gogglebox has been awarded to North Wales indies Chwarel and Cwmni Da. 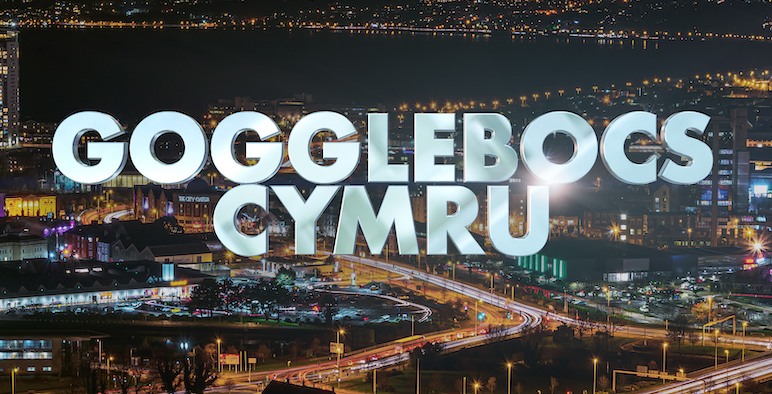 Produced under licence to S4C by Studio Lambert, Gogglebocs Cymru will be transmitted in a non-competitive transmission slot trailing the upcoming Channel 4 series. The first episode will broadcast in the first week of November and casting is underway now. The programme will aim to play an important role in S4C's provision, and the winning company will work together with S4C, Channel 4 and Studio Lambert to ensure the success of the production in the Welsh language. S4C stresses that casting for the programme will need to reflect modern Wales in its entirety looking to celebrate Welsh characters around Wales and Welsh speakers in and around the rest of the UK.

This is the first time Studio Lambert and Channel 4 have licensed the franchise to another UK based broadcaster. 70% of the content will be bilingual Wales based programming (S4C/ITV Wales/BBC Wales), with the remaining 30% coming from UK network broadcasters and SVOD platforms. “Gogglebocs Cymru is set to be a gamechanger for S4C. We are thrilled the hit format has been entrusted to us by Channel 4 and that two of Wales’ dynamic indies are coming together to deliver this familiar, much-loved show. We’re looking for a cast of exciting characters that truly represent a diverse modern Wales,” said Llinos Griffin-Williams, S4C’s chief content officer. “Gogglebox is a brilliant TV format that captures the hearts and minds of a country. We want S4C to be an inclusive exciting home for the very best of world class content that belongs to the whole nation.”

Chwarel, the makers of The Great House Giveaway, for Channel 4 and Ty am Ddim for S4C, will team up with Caernarfon based production company, Cwmni Da to co-produce the programme.
Located in Cricieth, North Wales, Chwarel was founded in 2001 by director, producer and entrepreneur Sioned Wyn and has produced documentaries with compelling stories for over 19 years. Their latest production, The Great House Giveaway (Channel 4), showcases a pioneering new take on the property renovation format. In 2021, Chwarel won a BAFTA, two RTS awards and a Broadcast Award. “It’s going to absolutely amazing," said Sioned Wyn, managing director of Chwarel. "We’ve been waiting a long time for something like this. The ambition is to make it not only the top-rated show on S4C, but the whole of Wales – and beyond.”

Founded in 1997 Cwmni Da has been creating programming for S4C, BBC and C4 for the past 20 years. Headed up by their experienced managing director, Llion Iwan the staff-owned, independent production company based in Caernarfon, North Wales, is an experienced producer delivering shows across drama, factual, children’s and sports to domestic, network and international broadcasters.

“We’d been talking about working together for a while” said Llion Iwan, Cwmni Da’s MD commenting on the commission. “When the franchise for the UK’s most popular TV format came up – it was a dream come true. Who doesn’t want to work on Gogglebox?”