Barça pulls Orpheus lever as ITV scores LaLiga broadcast deal | Deals | News | Rapid TV News
By continuing to use this site you consent to the use of cookies on your device as described in our privacy policy unless you have disabled them. You can change your cookie settings at any time but parts of our site will not function correctly without them. [Close]

Hours before the leading Spanish football league kicked off with a Real Madrid win and FC Barcelona defying its financial travails to display a new array of talent, ITV announced that it will broadcast LaLiga in a new three season deal. 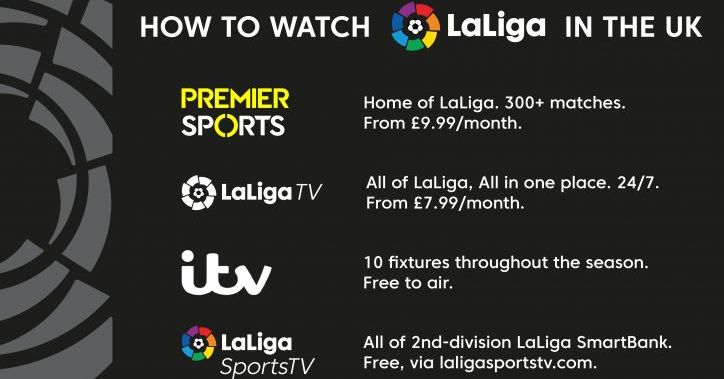 From this current season up to and including 2024/25, the UK’s leading commercial broadcaster has secured the UK rights to 10 matches per season, with either FC Barcelona, Real Madrid or Atlético Madrid appearing in games. Games will be broadcast live and exclusively free to air on ITV, ITV4 and ITV Hub.

“This deal ensures free to air coverage for all football fans of one of the most entertaining leagues in the world,” said ITV director of sport Niall Sloane. “The deal with Premier Sports will give fans the chance to see some of the most iconic clubs and world-class players in action, live on ITV.”

ITV’s first LaLiga match will be Real Sociedad v FC Barcelona on 21 August, following a deal with rights holder Premier Sports. ITV's matches will also be available on Premier Sports and LaLigaTV where all other available live games will be broadcast.

For its part Premier Sports, and partners, is offering what is said to be a first for a major European football competition, with what is described as unrivalled access to LaLiga Santander and second-tier LaLiga SmartBank across linear, streaming and free-to-air platforms. In all, Premier Sports will offer access to over 300 live LaLiga Santander matches per season via its Premier Sports 1 and Premier Sports 2 linear channels available via Sky and Virgin TV, as well as the Premier Player and Amazon Prime Video Channels.

“In June we proudly announced the renewal of our LaLiga rights until 2025,” said Richard Sweeney, CEO of Premier Sports. “After months of consultation, we’re proud to reveal that football fans in the UK will have more access to LaLiga this season, thanks to Premier Sports’ distribution agreements with an unparalleled number of platforms. We look forward to the exciting Spanish football season ahead.”

“Fans in the UK have a strong emotional connection to Spain and Spanish football in particular,” added LaLiga audiovisual director Melcior Soler. “This season, through our relationship with Premier Sports, we’re happy to offer more of LaLiga than ever before, including consistent free-to-air coverage, access to world-class LaLigaTV content and full coverage of both divisions, LaLiga Santander and LaLiga SmartBank.

The access deals come as FC Barcelona announced its latest financial instrument to reduce its galactico-sized debt in order to register a new array of talent to take the footballing fight to Real Madrid. The Catalan football giant has sold of 24.5% of its Barça Studios business to the company Orpheus Media, an audio-visual production company with a long history of producing content managed by Mediapro co-founder and CEO Jaume Roures for €100 million.