CANAL+ Sport kicks off Premier League in Slovakia, Czech Republic | Deals | News | Rapid TV News
By continuing to use this site you consent to the use of cookies on your device as described in our privacy policy unless you have disabled them. You can change your cookie settings at any time but parts of our site will not function correctly without them. [Close] 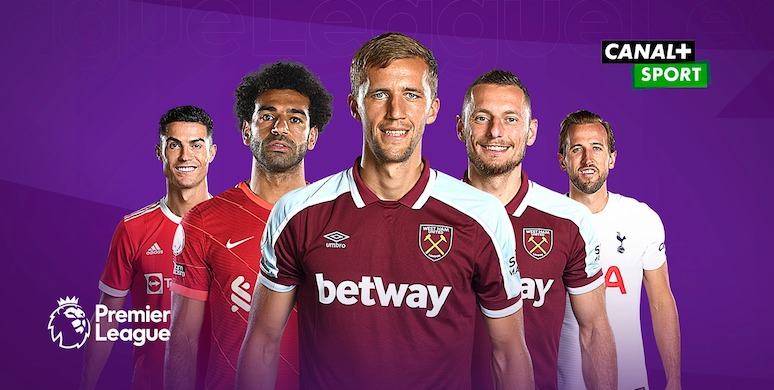 Slovakian and Czech fans of the most prestigious football league in the world, the English Premier League, and the battles of its 20 participants will continue to be broadcast via the CANAL+ Sport channel, offering access to all 380 matches that will take place during this Premier League season on the new TV channel CANAL+ Sport.

The participating parties agreed on the broadcast rights of the English Premier League for up to three years. This means that for viewers, a total of more than 1,000 exclusive football broadcasts are waiting for them, which will be broadcast on the CANAL+ Sport TV channel. Viewers will be able to enjoy all football broadcasts in HD quality with Slovak and Czech commentary for free.

“The CANAL+ brand will debut in the Czech and Slovak market with great strength. Our partnership with Slovak Telekom, DIGI Slovakia and T-Mobile Czech Republic will allow more viewers to access great content from the English Premier League in addition to our existing viewers in Skylink and Freesat,” said Berk Uziyel, CEO of SPI International, part of CANAL+ Group since 2021, and which is in charge of B2B distribution of CANAL+ products within the territories. “CANAL+ will continue to strengthen its content offering, as we will further enhance it with the additional products bundled from SPI and its distribution by partnerships, allowing viewers to enjoy great products.”

“I will not lie when I say that every match of this competition makes for a real experience for football fans,” added Marcel Šatanek, senior manager of the TV segment and terminals of Slovak Telekom. “And even if only from the comfort of home, it's certainly worth watching. Perhaps even more so this season, as the Premier League celebrates its 30th anniversary this year since its first game in the 1992/1993 season.”

"By signing the broadcast rights agreement, we perceive this as a breakthrough success, thanks to which we can continue to bring premium content and a prestigious range of programs to our customers. Our sports channels are among the most popular and sought-after content on T-Mobile TV, and thanks to the concluded agreement, viewers can now fully enjoy a wide range of quality football, including the top Premier League," remarked Zdeněk Spurný, Manager of T-Mobile's television services.