Modest growth for global fixed broadband in Q1 2022 | Media Analysis | Business | News | Rapid TV News
By continuing to use this site you consent to the use of cookies on your device as described in our privacy policy unless you have disabled them. You can change your cookie settings at any time but parts of our site will not function correctly without them. [Close]

By the end of Q1 2022, the number of global fixed broadband connections grew by 1.7% and stood at 1.3 billion, according to the latest Point Topic market study, with subscriber numbers growing in 90% of the 131 countries covered in the report. 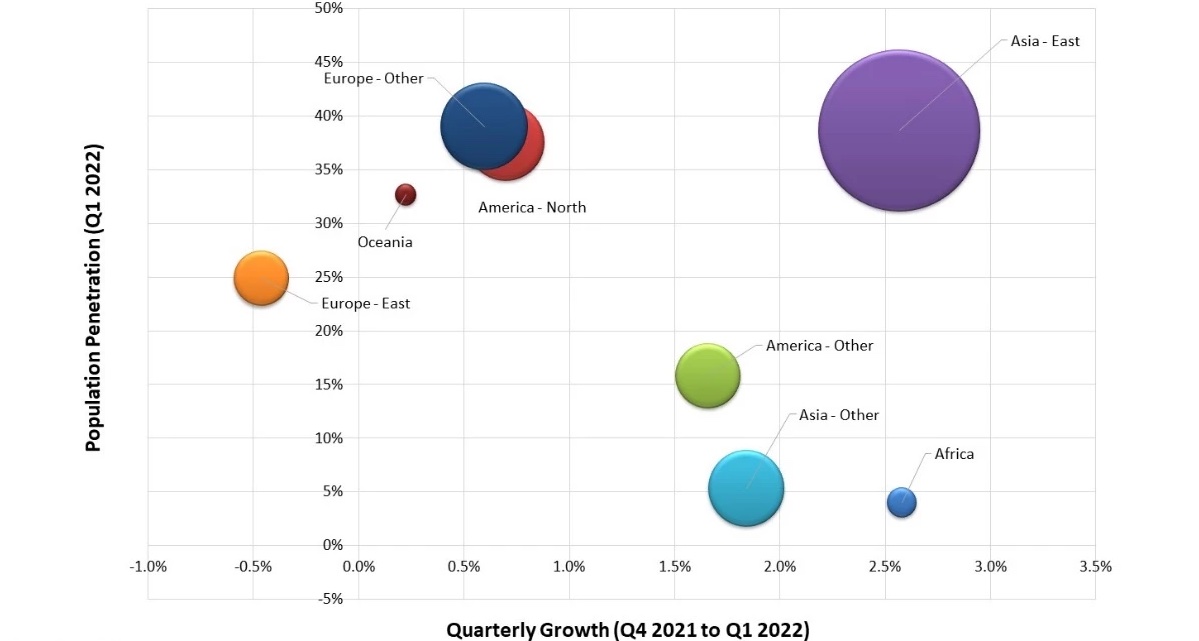 Indeed, the Global Broadband Subscribers Q1 2022 report found that the quarterly fixed broadband subscriber growth rate stood at 1.7%, with the overall growth rate similar to Q4 2021 and the was slightly lower than in the respective quarter a year ago.

Among the main trends identified were that the share of fibre-to-the-home (FTTH) networks in the total fixed broadband subscriptions continued to increase and stood at 58%, up just under a percentage point compared with Q4 2021. What were categorised as superfast and ultrafast cable broadband connections followed with an increase of 17%.

The study also showed that networks based on all other technologies lost market shares to fibre. Between Q1 2022 and Q4 2021, the number of copper lines fell by 9.85%, while FTTH connections increased by 13.5%. In Q1 2021, cable and copper-based they held 17% and 10% shares respectively. VDSL, included in FTTx figures, saw subscriber numbers grow further in some countries (Turkey, Greece, Czech Republic, Germany and Italy for example), while their numbers fell in sixteen markets as direct fibre took hold.