Content recommendation engines to gain head of steam | Media Analysis | Business | News | Rapid TV News
By continuing to use this site you consent to the use of cookies on your device as described in our privacy policy unless you have disabled them. You can change your cookie settings at any time but parts of our site will not function correctly without them. [Close]

Research from Rethink TV has calculated that on a per-user basis, the total addressable market (TAM) for content recommendation engine (CRE) software will rise sharply over the next four years, growing from $4.2 billion in 2022 to $6.3 billion in 2026. 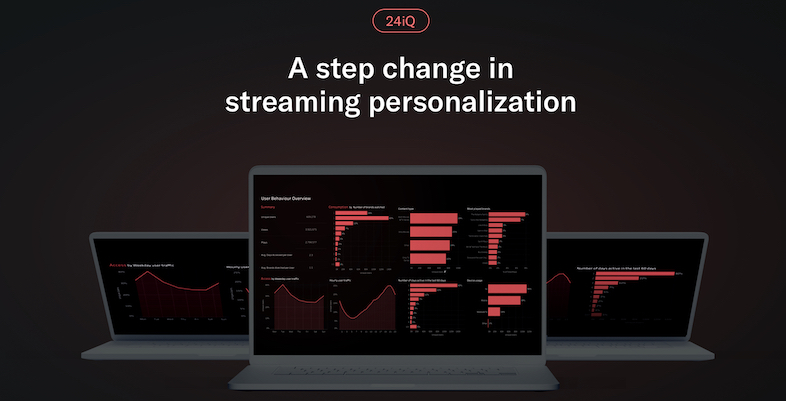 The study defines CRE as technology discerning patterns in user data and preferences to make personalised content recommendations and as software that is solely responsible for recommending content titles based on a user’s individual profile.

As the market expands, Rethink TV believes vendors will lose out to in-house deployments, effectively losing out to over 75% of the potential market for CRE over the period, with the largest video service providers preferring to develop bespoke, in-house recommendation engines. In 2022, the service obtainable market (SOM) for CRE was said to be 23.19% of the TAM, at $969 million, and by 2027, this share has barely grown to 24.82%, a SOM of $1.6 billion.

Driving the market will be a rapid expansion in the number of video users. As viewing habits fragment across a range of video services, Rethink TV notes that each CRE platform will have to invest to prove their worth to non-committal, over-subscribed users by recommending attractive content. Equally said the analyst, pay-TV operators will have to spend more to become efficient aggregators of OTT content if they have any chance of slowing the inevitable customer exodus.

Shaping the market dynamics are leading OTT firms who says Rethink TV are notorious for “passionately guarding” their user experiences, while pay-TV services are often too entrenched in their legacy infrastructure to make a move to a specialised vendor. It rates Tier 1 suppliers as having the capex available to invest in in-house development teams, and that with many viewing CRE-based personalisation as key to fighting churn, it was no surprise that many large operators opted to keep this work internal.

Rethink TV said the growth would be even more substantial, were it not for the commoditisation of recommendations, as it was bundled into a wider suite of personalisation tools alongside UX/UI, marketing, content management systems (CMS) and advertising technologies. In addition, the study noted that most vendors will not sell CRE as a standalone technology, as metadata enrichment or other personalisation tools are now usually included to augment offerings. This consolidation of services it suggests has devalued CRE as a standalone technology, a trend that it believes will steepen over the forecast period.

Going forward, the analysis predicts the average price of CRE will plateau at around $0.82. This it said was despite widely anticipated improvements in the decisioning capabilities of such engines, fuelled by further training of AI and ML.