Originals to the fore in Viu summer slate | OTT | News | Rapid TV News
By continuing to use this site you consent to the use of cookies on your device as described in our privacy policy unless you have disabled them. You can change your cookie settings at any time but parts of our site will not function correctly without them. [Close]

Originals to the fore in Viu summer slate

In what it says is a continuation of its commitment to producing and delivering quality content from Asia for Asia, PCCW’s pan-regional OTT video streaming service Viu is to offer nine highly anticipated Viu Original series from Korea, Thailand and Malaysia up until August 2022. 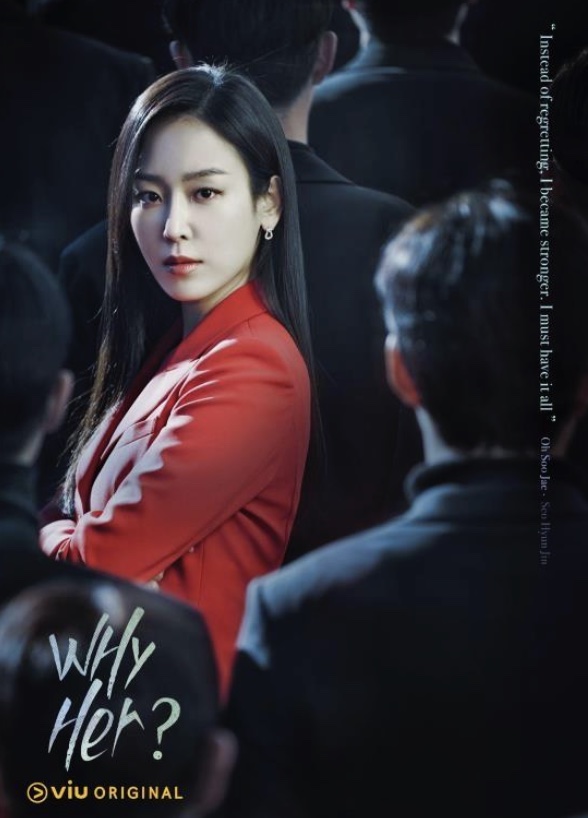 The first half of the year saw Viu run Korean dramas such as Shooting Star, Woori the Virgin and Again My Life with success that the company wishes to maintain. In the summer period the company is returning to Korea for drama Why Her? which sees Seo Hyun-jin, best known for her leading roles in Another Miss Oh and The Beauty Inside, pairing up with Hwang In-yeop of True Beauty fame in a romantic drama set against the backdrop of a law school. It sees a student falling in love with his professor, who was originally a talented lawyer, and how they shared a bitter past from 10 years back that had resulted in him being falsely accused of a crime and her being demoted.

Webtoon is a South Korean remake of the famous 2016 Japanese drama Sleeper Hit which is based on a manga series, revolves around a rookie contract webtoon editor On Ma-eum, who struggles to adjust to her new job after she is forced to give up on her career as a national judo athlete due to an injury. This slice-of-life drama depicting the hardships of working in the lesser-known webtoon industry is worth looking out for and will be released on 29 July.

The Law Cafe is hot off Lee Se-young’s highly successful 2021 drama Red Sleeve and sees her reuniting with Lee Seung-gi on the small screen for the second time after working together on AKorean Odyssey in 2017. Lee Seung-gi stars as Jung Ho, the landlord of the titular cafe and a prosecutor-turned-entrepreneur, while Lee Se-young plays Kim Yu-ri, his tenant and a former beauty pageant star who quits her job as a lawyer to open the said coffee house. Besides their current landlord-tenant relationship, they also discover that they were once high school classmates.

Thai drama My Coach boasts an interesting premise about Jenna, a 27-year-old football coach who was just about to take a break from her free-spirited dating life but now finds herself shaken by two men: the sponsor and a young team captain, who happens to be the former’s nephew.

Malaysia will also be releasing an adaptation of a K-drama, She Was Pretty. The series sees award-winning actress Diana Danielle acting as the self-conscious Nadia, who asks her glamorous BFF Kejora to pretend to be her when long-lost childhood friend reaches out for a reunion, as Nadia is no longer the beautiful girl Haniff remembers. This small, supposedly one-off white lie turns into full-time deception when Nadia discovers that Haniff is her new boss at the magazine where she works and Kejora finds herself having to pick between love and friendship.
Tweet