UK connected TV viewers increasingly embrace streaming | Media Analysis | Business | News | Rapid TV News
By continuing to use this site you consent to the use of cookies on your device as described in our privacy policy unless you have disabled them. You can change your cookie settings at any time but parts of our site will not function correctly without them. [Close]

Research from FreeWheel has found that almost nine in ten UK connected TV (CTV) viewers stream various types of video-on-demand (VOD) content, as well as live TV and just over three-fifths of them use a smart TV to access video content. 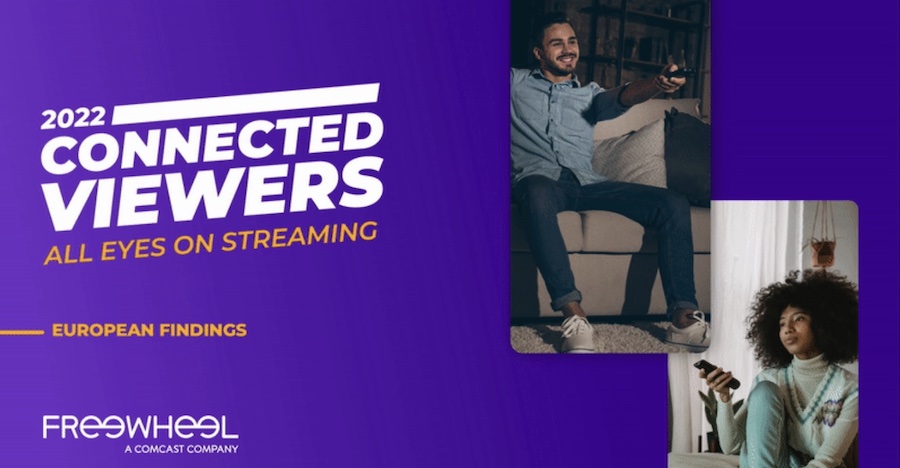 The study, taken in collaboration with an independent research company Happydemics, looked at the adoption and uses of CTV and other media platforms in the UK, Italy, France, Germany, Spain, and the Netherlands. It assessed how viewers use CTV and their media platform preferences and sought to understand their attitudes towards video-on-demand (VOD) and AVOD (advertising video-on-demand) streaming services.

The survey revealed that the top drivers behind CTV use were the ability to watch video content at any time (44%); the social element of CTV (27%); and the quality of the content offered (26%). Gen Z respondents primarily watched video content on CTV because of the quality of the user experience, which included better user interfaces, larger screens, greater sound. The quality of the viewing experience was particularly important for 51% of the Gen Z respondents who use AVOD platforms and value the ability to cast content from a smartphone to their CTV.

When compared with other markets covered by the survey, UK CTV viewers were the most likely to tune in to AVOD platforms. Respondents who were SVOD subscribers appeared to be the ones using more free streaming platforms such as Pluto TV or Molotov TV. Only 29% of CTV viewers in the UK were willing to pay a premium offer to access content without ads. This said FreeWheel indicated growth prospects for AVOD and FAST services and that viewers in the UK were reaching their SVOD subscription point.

On average, UK CTV viewers used five streaming platforms, exceeding the European average of 3.5 with AVOD popular amongst Millennials and Gen Z. As many as 86% of AVOD viewers aged 18-34 tuning in to free ad-supported premium video platforms each week.

In the UK, 62% of CTV viewers use the built-in capabilities of their Smart TV – a 12 points increase from the same survey a year ago. A third of UK CTV viewers connected their TV sets to the internet through an external device. For CTV viewers aged 18-24, this percentage increased to more than half (53%), possibly indicating that external devices such as TV sticks and games consoles are more accessible to this demographic. Respondents use CTV primarily for accessing long-form premium videos, in particular BVOD services (67%) and SVOD (66%). Overall, 89% of CTV Viewers engage with video streaming and watch all kinds of VOD.

Commenting on the survey, Stefanie Briec, director, demand sales, UK & International at FreeWheel said: “UK connected audiences are increasingly valuing CTV for accessing streaming services - in particular, through Smart TV, the biggest home screen. Among younger generations especially, AVOD is becoming a regular part of their viewing schedules. For marketers, this means AVOD platforms represent a strong opportunity to engage a key consumer segment through premium video environments. With the growing appetite for streaming in the UK, ad-supported services are an important inclusion within the media mix.”