Citizen TV takes FOR-A 4K production system | 4K/UltraHD | News | Rapid TV News
By continuing to use this site you consent to the use of cookies on your device as described in our privacy policy unless you have disabled them. You can change your cookie settings at any time but parts of our site will not function correctly without them. [Close]

Powering a new studio for Ramogi TV, a Dholuo language station in the country, Citizen TV, one of Kenya’s largest free-to-air television networks, has chosen a 4K-ready production system from FOR-A. 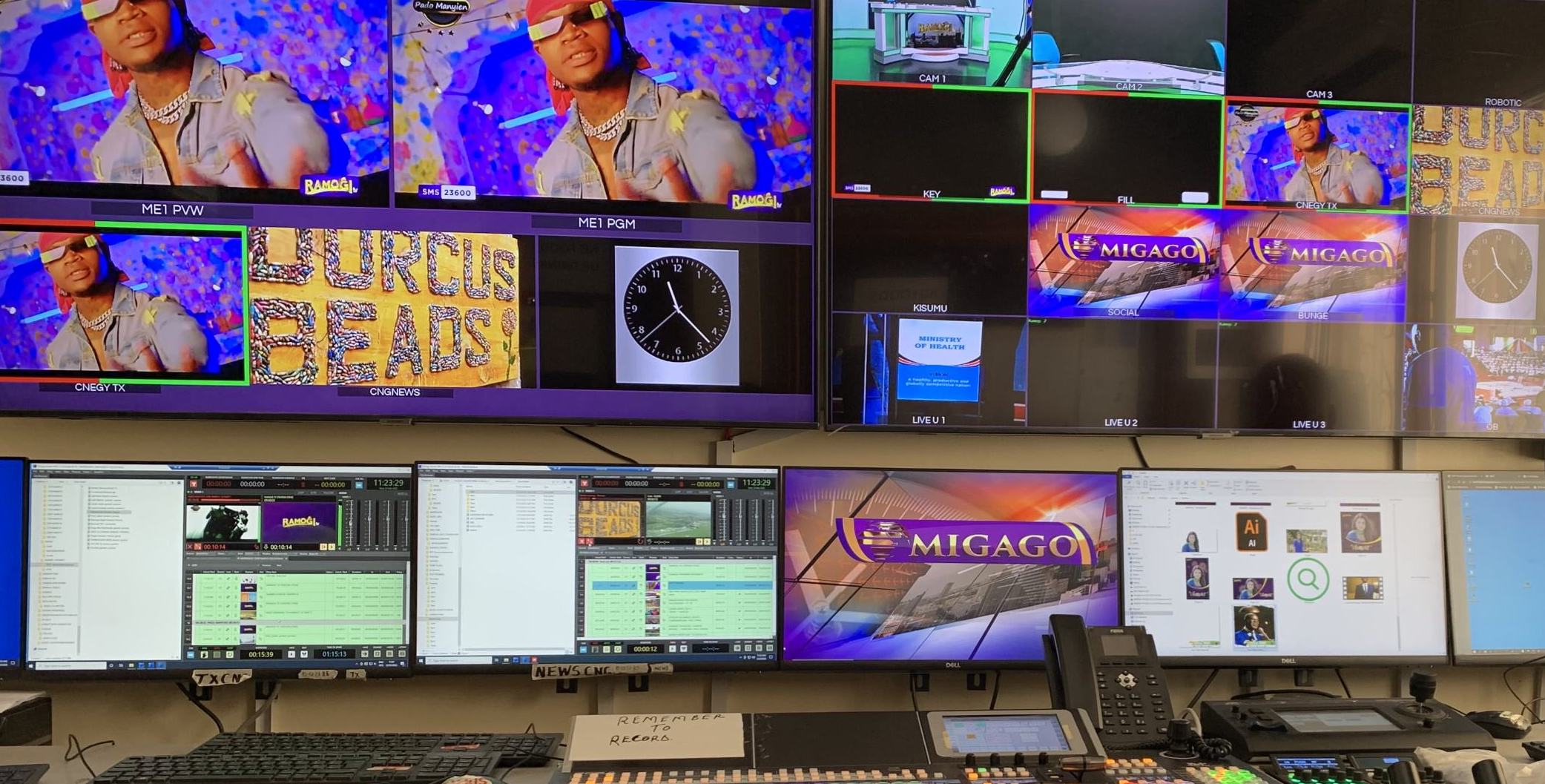 Citizen TV was the recipient of both the prestigious Communications Authority KUZA Award and the Culture Africa Style Award in 2021 and has been witnessing rapid expansion since its relaunch in 2006. It elected to build a new facility in Nairobi but faced challenges in budget and access to a reliable supply of products.

“We looked for technologies and partners that enable us reach millions of viewers across Kenya,” said Citizen TV chief engineer Moses Waweru. “We chose a 4K-ready system from FOR-A using HVS-490 production switcher at the heart of the production and a multiformat MFR-3232 router, as well as ClassX Mini on-air graphics”. Despite the compact nature of the products, the solution offers significant engineering and operational benefits, which translated into a very short installation and commissioning time.

The investment by Citizen TV was a part of large contract with systems integrator StreamPort Media based in the United Arab Emirates, which included studio camera systems and lighting. FOR-A, StreamPort Media and Citizen TV worked to meet project deadlines to get the studio on-air in a record time, with the first productions on 29 November 2021. The studio is now the home of popular discussion programme Mbak Ndalo and Thapki.

“Over the course of the last six months we opted for a consultative approach to identify Citizen TV’s requirements" said Muhammad Mudassir of StreamPort Media. “We identified their requirements and tailored a solution made up of best in class studio cameras, production system graphics, lighting and transmission”.

“Through detailed discussions with the StreamPort Media and Citizen TV teams, we understood the client’s priorities and objectives, and especially their drive for future scalability to 4K Ultra HD,” remarked Khalid Sweidan, senior sales manager of FOR-A in the Middle East. “This key reference clearly demonstrates our commitment to grow the African market with focused partners like StreamPort Media, who have successfully completed several installations in Africa over the last two years.”
Tweet