Bellator MMA brings fight to Mola | Deals | News | Rapid TV News
By continuing to use this site you consent to the use of cookies on your device as described in our privacy policy unless you have disabled them. You can change your cookie settings at any time but parts of our site will not function correctly without them. [Close] 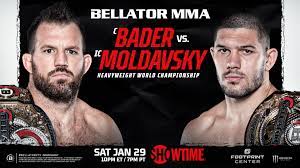 On a global stage, MMA has become so popular that some fighters have reached superstar status. However, this success has yet to reach Italy.

Speaking in an interview with BJPenn.com, Italian MMA journalist Al Zullino commented: “MMA is probably one of the less popular sports in [Italy]. The main reason is football is highly followed. That leaves little room for other sports.”

Mola holds live and on-demand broadcasting rights for multiple sporting events, including the NFL, NHL, and WWE Raw, in Italy. It is already the official streaming provider for Bellator MMA in Indonesia, Malaysia and Singapore.