Discovery promises new scale, cinematic vision for Winter Olympics | Infrastructure | News | Rapid TV News
By continuing to use this site you consent to the use of cookies on your device as described in our privacy policy unless you have disabled them. You can change your cookie settings at any time but parts of our site will not function correctly without them. [Close]

With the clock ticking to the Opening Ceremony of Olympic Winter Games Beijing 2022, broadcaster Discovery is claiming that its coverage for audiences across Europe will offer unprecedented scale and show its most ambitious on-screen innovations. 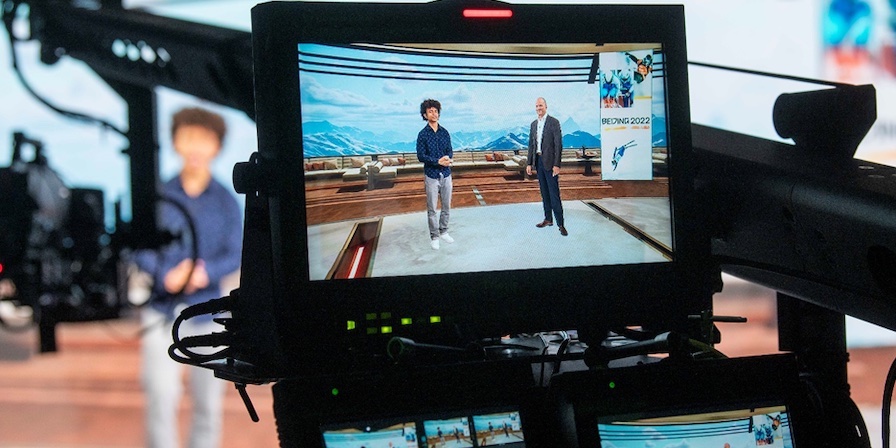 Discovery says that it is ready to deliver unrivalled Olympic Games broadcast and streaming production and distribution to 50 countries and territories in 19 languages while viewers in selected markets can also watch all of the Olympics on the discovery+ direct-to-consumer service.

In all, Discovery plans to produce 1,200 live hours of content across its linear and digital platforms, including discovery+, Eurosport and the Eurosport app. Programming will have be 107 winter sports experts and presenters with a combined tally of 95 Olympic medals. The company is laying 3,254 km of fibre optic cable for its broadcast operations, enough for a round trip between Beijing and Tokyo.

Discovery will again use its Cube technology for coverage, creating an entire virtual world, depicting a  mountain hideaway embedded in the face of a snow-capped mountain. As the viewer is brought closer, the experience is revealed to be a cinematic winter resort, offering immersive presentation and analysis positions on multiple levels of the resort. Bespoke avatars built to closely resemble athletes from specific winter disciplines, will float in the Cube, so ‘Team Discovery’ experts will be able to walk around them and analyse the minutiae of an athletes’ movements and performance in detail.

Commenting on the offer, Andrew Georgiou, president of sport, Discovery said: “For the second time in six months Discovery viewers will be treated to a stunning Olympic menu of incredible action, top on-screen talent, analysis, innovation and entertainment, on the only place to watch all of the Olympics - discovery+ and Eurosport. We showed in Tokyo that we could deliver exceptional and unique Olympic Games coverage, even in the middle of a pandemic. For Beijing 2022, our unrivalled line-up of experts, industry-leading technology and ambitious approach by placing all the live action on discovery+ alongside real-life entertainment content will once again engage viewers for longer both during and after the Games”