Bandicoot bolsters senior team ahead of UK, US expansion | Major Businesses | Business | News | Rapid TV News
By continuing to use this site you consent to the use of cookies on your device as described in our privacy policy unless you have disabled them. You can change your cookie settings at any time but parts of our site will not function correctly without them. [Close]

Bandicoot bolsters senior team ahead of UK, US expansion

At it continues with a strategy that it says has led to it being one of the UK’s fastest growing production companies and gearing up for expansion across the UK and US in 2022, Scottish indie Bandicoot TV has made a number of new talent hires to complete its senior team. 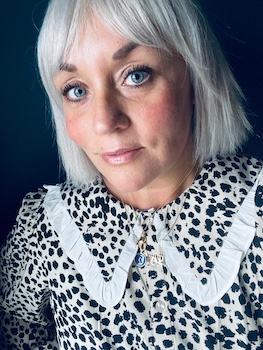 The strategic appointments come as Bandicoot approaches its fifth birthday and follow the January launch of the third series of RTS and International Emmy award-winning series The Masked Singer and the recent recommission of The Masked Dancer on ITV.

In the management moves, Kate Stannard joins as the label’s first ever head of development with a remit to identify, create and develop brand new formats across UK, US and international markets. Stannard starts her new role at Bandicoot on February 1st and will spearhead the development of all new entertainment, reality and factual entertainment projects, overseeing a number of shows in active development. Prior to RDF, Stannard was head of development at Initial with previous senior development roles at companies included Possessed, BBC, 12 Yard and Monkey Kingdom working on a raft of shows including The Games, 5 Gold Rings, Catchpoint, The Question Jury, Pick Me and Cash Trapped.

Liz Holmwood (pictured) has been confirmed today as head of talent. She previously worked with Bandicoot as a talent executive on The Masked Dancer, and whose list of credits include All Star Musicals, Britain’s Got Talent, Celebrity X Factor and Celebrity Juice. Holmwood was formerly head of on-screen talent for Fremantle. Holmwood’s responsibilities will include both UK and US territories. Stannard and Holmwood join Head of Entertainment James Lessell in leading departments across Bandicoot, with all three reporting into the indie’s founders, MD Derek McLean and director Daniel Nettleton.

The expansion also sees a third new hire, with ex-ITV producer Ruchika Tagore joining Stannard’s team as development executive to focus on UK formats. Rob Cooke, who joined Bandicoot as VP, US development in 2021, will also report into Stannard and continues to drive development in North America, with a primary focus on the West Coast.

“As soon as Kate became unexpectedly available, we jumped through hoops to sign her up. She’s an amazing talent who brings creativity and leadership to the team. Liz is an ebullient character and a brilliant operator who fits the Bandicoot mould perfectly. Ruchika is an ideas factory who brings her infectious enthusiasm and unique perspective to every project,” said Derek McLean and Daniel Nettleton in a joint statement commenting on the moves.
“We’ve had a stellar end to 2021 with The Masked Singer delivering awards, audiences and acclaim, Peckham’s Finest breaking new ground in the reality genre and The Masked Dancer recommissioned and in pre-production. These three no-nonsense talent hires expand our horizons and raise our ambitions as we build on our growing UK and US pipeline.”