Crunchyroll, Fuji TV, Slow Curve reveal new +Ultra titles | Programming | News | Rapid TV News
By continuing to use this site you consent to the use of cookies on your device as described in our privacy policy unless you have disabled them. You can change your cookie settings at any time but parts of our site will not function correctly without them. [Close]

As part of the +Ultra programming partnership between the companies, streaming anime content provider Crunchyroll, Fuji TV and Slow Curve have revealed that series Estab Life: Great Escape and Ooyukiumi No Kaina anime series will be premiering April 2022 and January 2023. 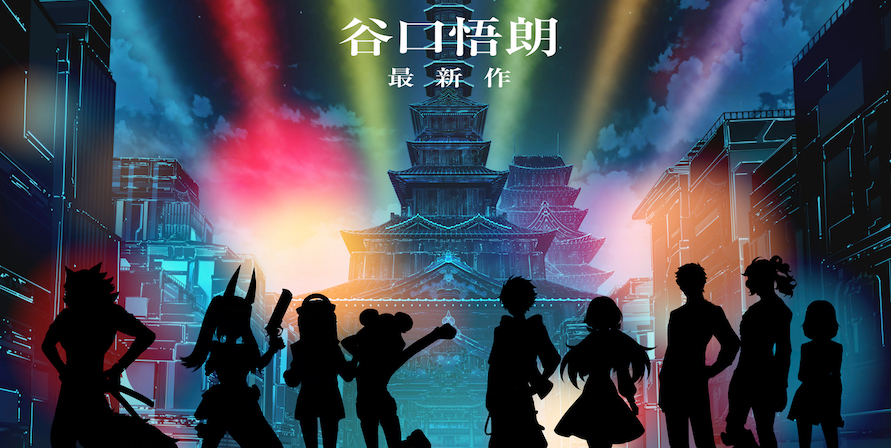 These series are the first of many to come from the +Ultra programming partnership between global anime brand Crunchyroll, Fuji TV and all-round creative company Slow Curve. The partnership, announced in 2021, includes the joint co-development and co-production of anime series for broadcast in Japan on Fuji TV’s +Ultra programming block and for streaming on Crunchyroll in more than 200 countries and territories.

An original anime title by hit producer and chief director Goro Taniguchi Estab Life: Great Escape takes place in the experimental city "Tokyo", which is managed by artificial intelligence and home to a mix of various human races. Hiroyuki Hashimoto is the series director with Shoji Gato as series composition and screenplay, Yusuke Kozaki for character design concept, and Polygon Pictures for animation.

The anime series will premiere in April 2022 on Fuji TV’s +Ultra block and will be simulcast on Crunchyroll worldwide outside of Asia. Square Enix (will develop a tie-in mobile game. The theatrical anime feature, Estab Life: Revengers’ Road, will tell a new story, building on the anime series and the mobile game, with Goro Taniguchi set to direct and write the script.

An original new story from manga artist Tsutomu Nihei, Ooyukiumi No Kaina follows the journey of Kaina and Liliha two young people from different worlds, whose journey to save the world begins upon their introduction. The anime series will debut in January 2023 on Fuji TV’s +Ultra block and will be simulcast on Crunchyroll worldwide outside of Asia. Hiroaki Ando serves as the anime series director. Polygon Pictures will be developing the animation. A manga of the series will be drawn by Itoe Takemoto and published in Monthly Shōnen Sirius by Kodansha starting February 26, 2022. Kodansha will be making the English manga simulpub available on Crunchyroll.

Crunchyroll will exclusively stream each series day and date with the premiere on +Ultra, Fuji TV’s midnight anime block that launched in October 2018, offering world-class anime titles to viewers in Japan. Crunchyroll will also manage the licensing and consumer products rights for each title worldwide outside of Asia.