DEGI, SEVN launch Les VODays digital campaign in France | VOD | News | Rapid TV News
By continuing to use this site you consent to the use of cookies on your device as described in our privacy policy unless you have disabled them. You can change your cookie settings at any time but parts of our site will not function correctly without them. [Close] 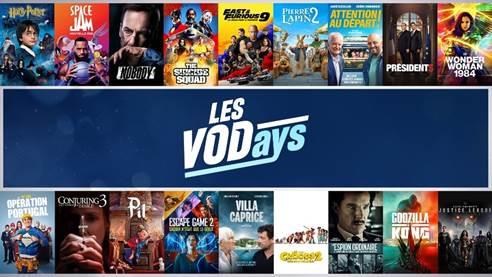 The digital retailer platforms taking part in France will be offering audiences a selection of  new and popular films at promotional prices across both Electronic Sell-Through (EST) and Video On Demand (VOD), meaning audiences can choose to buy or rent their favourite films at reduced prices all week long.

Les VODays is the first campaign in France to be delivered by DEGI following the success of the Mega Movie Week UK, Germany, Nordics and Australia campaigns over the last few years.

The consumer-focused campaign, backed by a nationwide high impact media campaign includes social media posts across Facebook and Instagram, catch-up TV on MyTF1, 6 Play and France Television, with also display advertising across the ALLOCINE network. The activity is aimed at new customers who have yet to discover the ease and simplicity of digitally downloading their films, as well as enabling existing or lapsed customers to build their digital libraries at limited-time promotional prices.

With recent popular titles such as The Suicide Squad, Fast & Furious 9, Peter Rabbit 2, and Attention Au Depart!, the selection of both Hollywood and local titles on offer cover all ages and genres.

James Duvall, head of business insights and intelligence UK & International at DEG International said: “The DEGI team is thrilled to be working with SEVN in France, and to share the expertise we have developed over the last few years across the wave of digital-growth, driven by the promotional and educational campaigns we have delivered internationally. Our insights around constantly evolving consumer behaviour continue to drive our activity and recommendations, and we hope for many more opportunities with distributors and retailers in France, and internationally in the near future.“

Added Yves Elalouf, president of SEVN: “Our main goals are generating new customers and bringing back lapsed consumers on participating platforms by communicating the offer message of the campaign (and) creating awareness of the benefits of buying movies digitally.”