BBC ramps up publicity for The Green Planet | Programming | News | Rapid TV News
By continuing to use this site you consent to the use of cookies on your device as described in our privacy policy unless you have disabled them. You can change your cookie settings at any time but parts of our site will not function correctly without them. [Close]

BBC ramps up publicity for The Green Planet

To launch Sir David Attenborough’s new landmark series The Green Planet, the BBC has transformed Green Park Tube station in London into an otherworldly experience for commuters that welcomes them into the world of plants. 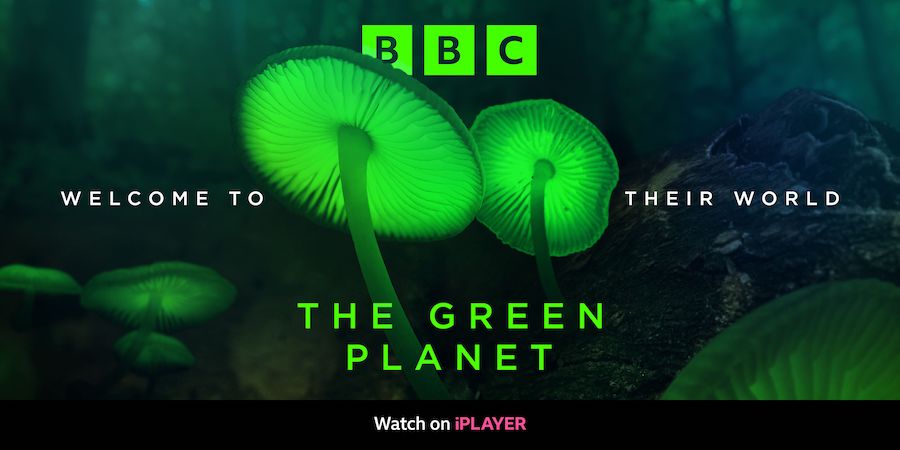 The Green Planet, from BBC Studios Natural History Unit, uses what is called ground-breaking camera technology to explore the inter-connected world of plants, as Sir David takes audiences on a journey into their hidden life. In the opening episode on 9 January viewers were introduced to a gigantic underground fungus that survives by enlisting an army of ants to feed it leaves from nearby plants.

As part of the campaign, BBC Creative, the BBC’s in-house creative agency, has rebranded part of the station Green Planet creating an immersive experience for passengers that showcases a wide spectrum of plant life.

The campaign, titled ‘Welcome to Their World’, sees every poster space across the southbound Victoria line platform transformed into imagery of plants which star in the series, from carnivorous underwater life forms to humanoid desert cacti, alongside two digital screens that show the trailer from the five part series, which launched on BBC One and BBC iPlayer. In addition, the Green Park takeover will see platform signage changed to ‘Green Planet’ to reflect its temporary new name.

“Our goal for ‘Welcome to Their World’ was to showcase the series’ most otherworldly plantlife in the most immersive way possible, explained Stuart Gittings, creative lead, BBC Creative. “Taking over a piece of London’s iconic Underground presented an unmissable opportunity to bring our audience into their world.”

BBC Creative design director Johnny Ace added: “We looked to our favourite science fiction films for inspiration with these designs. Each poster focuses on a single plant species, and we’ve composed them like portraits of strange creatures from another world. Taking over a whole platform of Green Park station has been huge, and one of the most ambitious projects BBC Creative has ever undertaken.”

Added Gabriella Neudecker, director of customer andrevenue at Transport for London (TfL): “It’s great to be working with the BBC and this spectacular station takeover is a great example of how brands can work creatively with TfL. This fantastic installation shows a different way to use our stations in a creative and engaging way to connect with tens of thousands of people.”