Viewership, advertising CPM reach all-time high for Future Today | Ratings/Measurement | News | Rapid TV News
By continuing to use this site you consent to the use of cookies on your device as described in our privacy policy unless you have disabled them. You can change your cookie settings at any time but parts of our site will not function correctly without them. [Close] 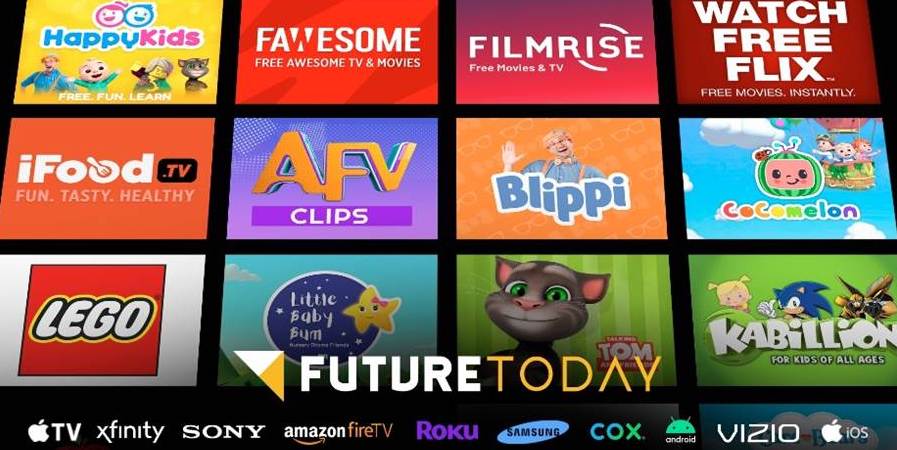 Since launching its first streaming app on Roku in 2011, Future Today offers a solution for content owners seeking to launch new streaming channels, grow audiences and monetise their content across a multitude of OTT platforms and services. To accomplish this, the company has developed a proprietary portfolio of streaming technologies, services and solutions that include video management, app development, publishing and maintenance, cross-channel promotion, advertising and monetisation.

In the last 12 months, Future Today aggressively expanded its content library and distribution, adding over 9,000 hours of new programming and 20 new channels, such as Encourage TV, Hungry, Young Hollywood, Pinkfong, Like Nastya and more, bringing the accumulated total to over 60,000 hours of content across a wide array of genres.

Kids and family viewing on HappyKids increased 160% year over year in Q3 2021, with the addition of kid favourites such as My Little Pony, Angelina Ballerina, Transformers Prime & Rescue Bots, Ricky Zoom, Geronimo Stilton and Cocomelon among others.

“Our expansion into Canada, the launch of several top-ranked channels, and the addition of countless new and popular titles has helped reinforce our position as a leader in ad-supported streaming,” remarked Future Today CEO Vikrant Mathur. “We expect this growth to continue into 2022 and beyond, as AVOD adoption increases by both consumers and brands. We’ve experienced a significant increase in advertising partners and CPM – a clear indication that connected TV is becoming the most desirable destination for brands to reach highly engaged audiences. This presents massive opportunities for content owners and advertisers alike, which will only grow in the coming years.”