Telefe achieves decade of being the most-watched channel in Argentina | Ratings/Measurement | News | Rapid TV News
By continuing to use this site you consent to the use of cookies on your device as described in our privacy policy unless you have disabled them. You can change your cookie settings at any time but parts of our site will not function correctly without them. [Close]

Telefe achieves decade of being the most-watched channel in Argentina

Telefe, owned by ViacomCBS, has claimed its place as the leading channel in Argentina, closing 2021 as the number one channel in the country for the past decade. 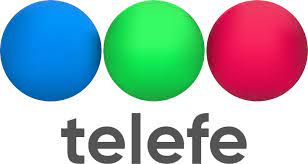 In 2021, Telefe surpassed the historical share in Argentine free-to-air (FTA) television with an annual average of 43.88%, the greatest difference with its closest competitor since 2006. The network has led with an over 40% share for the last 20 consecutive months. It prevailed in all time slots, averaging the highest annual ratings (8.97 points).

In December, Telefe attained a 42.95% share and 7.93 rating points, occupying the number one spot every month for the past four years. Additionally, the 10 most-watched shows of the year all aired on Telefe, with its programming occupying the first 22 spots of the most-watched list. Titles included La Voz Argentina, MasterChef Celebrity, Season Two, Doctor Milagro and Susana, Invitada de Honor.

In 2021, Telefe debuted MiTelefe.com, which brought together its digital properties under one umbrella and a new brand identity. The digital powerhouse reached 53 million users, an average of 4.5 million unique users a month, and garnered 174 million views.

Telefe also made its foray into the world of esports in 2021 with the launch of #TLFEsports, a specialised vertical with exclusive content, alliances with key partners and live events.

Telefe’s premieres planned for 2022 include El Primero de Nosotros, a story about friendship and dreams produced by ViacomCBS International Studios; The Masked Singer, one of the most successful show formats in the world, hosted by Natalia Oreiro; new seasons of MasterChef Celebrity and Por El Mundo Mundial.