Welcome to Earth lands with Will Smith | Programming | News | Rapid TV News
By continuing to use this site you consent to the use of cookies on your device as described in our privacy policy unless you have disabled them. You can change your cookie settings at any time but parts of our site will not function correctly without them. [Close]

Welcome to Earth lands with Will Smith

Global superstar Will Smith, with the help of a group of elite explorers from National Geographic, has embarked on an adventure around the world to explore Earth’s greatest wonders and reveal its most hidden secrets. 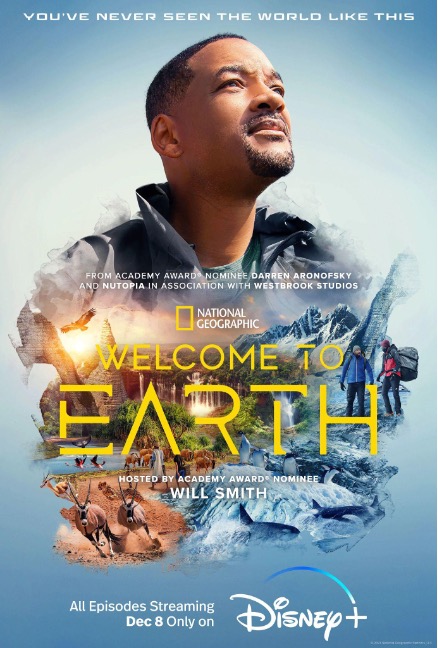 Combining  cinematography with Smith's  curiosity and enthusiasm, Welcome To Earth, aDisney+ original series from National Geographic, follows the two-time Academy Award nominee on an adventure around the world to explore Earth’s greatest wonders and reveal its most hidden secrets. It is described as an "exciting, multisensory ride through Earth’s most mind-bending portals."

Throughout the six-part limited series produced by the Academy Award-nominated filmmaker Aronofsky, Protozoa Pictures,  Root’s Nutopia and Westbrook Studios, Smith is guided by elite explorers on his journey, getting up close and personal with some of the most thrilling spectacles on the planet — from volcanoes that roar in silence to deserts that move beyond  perception to animal swarms with minds of their own.