discovery+ announces January programming slate | Programming | News | Rapid TV News
By continuing to use this site you consent to the use of cookies on your device as described in our privacy policy unless you have disabled them. You can change your cookie settings at any time but parts of our site will not function correctly without them. [Close]

discovery+, the non-fiction, real life subscription streaming service from Discovery, has announced new and original programming that will be available in January. 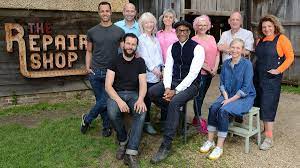 New Year's Day premieres will include the revival of the hit show about the paranormal world, Ghost Hunters, and London Lit, which follows the lives and loves of a group of glamorous Nigerian Brits. Shock Doc: Scream: The True Story goes behind the scenes of the fan-favourite horror film, while Selling the Hamptons follows the top real estate agents in one of the US's most exclusive zip codes.

Titles premiering in January include Homeboy, which follows Rajiv Surendra, best known as Kevin Gnapoor in Mean Girls, as he shares his contemporary approach to transforming life's mundane tasks into gratifying works of art. The Repair Shop sees some of Britain's most skilled restoration experts breathe new life into much-cherished family heirlooms that are dropped off by members of the public, who reveal the personal stories behind the items.

Remix My Space with Marsai Martin surprises young people who have made a lasting positive impact in their communities with a personalized bedroom makeover from an expert design team. Like Mother, Like Daughter? follows six pairs of mothers and daughters who embark on a three-week retreat to address their broken relationships.

King of the Con profiles Barry Minkow, who has gone from whiz kid, to convict, to pastor, to fraud fighter, to convict yet again. American Detective with Joe Kenda follows Lt. Joe Kenda, one of the most successful homicide detectives in the country, as he recalls some of his most notable case files.