UEFA nets new Champions League deal with Sport 24 | Deals | News | Rapid TV News
By continuing to use this site you consent to the use of cookies on your device as described in our privacy policy unless you have disabled them. You can change your cookie settings at any time but parts of our site will not function correctly without them. [Close]

Sport 24, IMG’s live sports channel for the in-flight and in-ship industry, has renewed its agreement with UEFA to broadcast the UEFA Champions League and UEFA Europa League for a further three years. 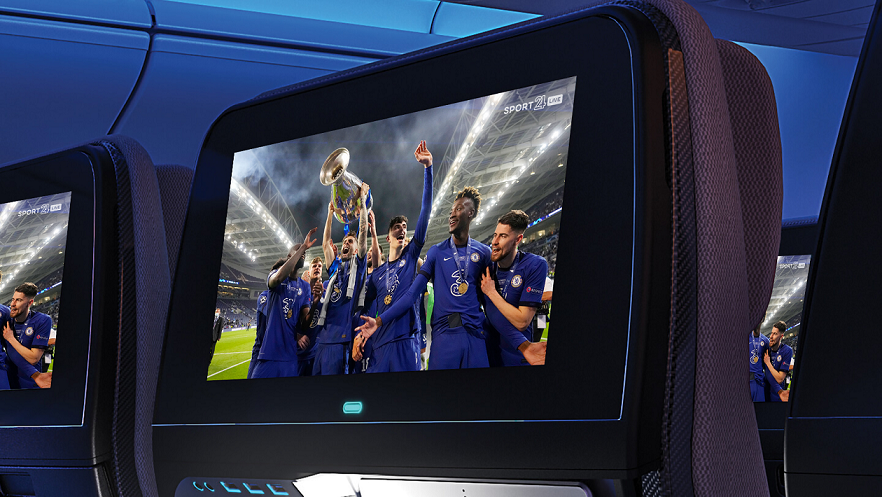 The new deal includes the UEFA Super Cup, contested by the winners of the two main European club competitions, and the new UEFA Europa Conference League, which began this season.

Sport 24 and its sister channel Sport 24 Extra will broadcast extensive live coverage of every UEFA Champions League and UEFA Europa League matchday until the 2023/2024 season, with over 170 hours shown live per season.

Guy-Laurent Epstein, UEFA marketing director, commented: “UEFA is excited to renew our partnership with Sport 24 for the 2021-24 UEFA Club Competitions. Sport 24 continues to lead the way in delivering live sport on cruise liners and airlines and fans will be able to enjoy the best of European club football across its extensive network of in-ship and in-flight partners.”

“We are also delighted to be taking our partnership with UEFA to the 10-year mark having started broadcasting their competitions back in 2015. Our in-flight football offering has never been stronger, and these deals highlight our commitment to football fans worldwide.”

Sport 24 is available on Panasonic’s live television service, which is broadcast via satellite globally.