Dynamic TV, Kaiho Republic team with C More on The Reindeer Mafia | Deals | News | Rapid TV News
By continuing to use this site you consent to the use of cookies on your device as described in our privacy policy unless you have disabled them. You can change your cookie settings at any time but parts of our site will not function correctly without them. [Close]

In the latest of the seemingly endless run of high-quality crime series generated in the Nordic region, independent production and distribution company Dynamic Television and Finnish production house Kaiho Republic have partnered with C More on the The Reindeer Mafia. 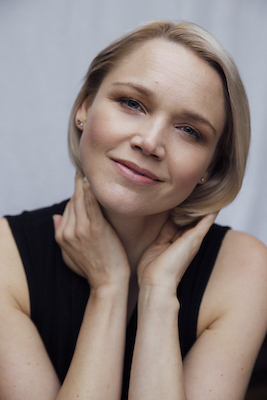 The 8 x 42’ crime saga is an original series commissioned by Finland’s C More and tells the story of an intense power struggle between members of a family that control the local businesses and own vast areas of surrounding land. Distributed internationally by Dynamic Television, production is slated to begin in Finland in January and the series is expected to premiere in early 2023. Brita Nelihanka, the great arctic matriarch, is about to lose her fight against cancer. Her wealth is to be divided evenly between the members of her family, and the ill-gotten lands are to be returned to their original owners. The family is torn apart when her will is revealed at the funeral, and many past secrets are finally revealed.

“The Reindeer Mafia is an incredibly intriguing and unique story that brings audiences into a corner of the world they’ve never seen,” said Dynamic Television managing partner Klaus Zimmermann, for. “We are excited to partner with Kaiho Republic, C More and this very impressive cast.

“The series and its unique fictive world have received large international interest during the entire development process,” added Pete Eklund and Liisa Penttilä-Asikainen from Kaiho Republic. “We are happy to have such talented cast and crew on board.”