Crackle announces new exclusives, movies and series for December | VOD | News | Rapid TV News
By continuing to use this site you consent to the use of cookies on your device as described in our privacy policy unless you have disabled them. You can change your cookie settings at any time but parts of our site will not function correctly without them. [Close]

Streaming AVOD platform Crackle has announced a raft of content releases in December for its three primary networks, namely Crackle, Popcornflix and Chicken Soup for the Soul. 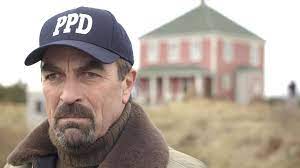 The move will see content rolled out to new distribution touch points on up to 41 platforms on an ongoing basis as either AVOD or FAST channels.

New Crackle AVOD originals include Outbreak, a series set in Montreal when a deadly virus infects the city's homeless population; The Great Debaters, based on the true story of Melvin B. Tolson (Denzel Washington), a professor from Wiley College, who inspired students to form the college's first debating team and led it to defeat Harvard in national championships; Lion, about an Indian boy who is adopted by an Australian couple after getting lost hundreds of miles from home, and who sets out to find his lost family 25 years later; and Man of Tai Chi, in which a couple off for a romantic weekend in the mountains are accosted by a biker gang, who they must defend themselves against.

New Crackle Spotlight titles in December include Chain of Command; The Last Witch Hunter; Elliot: The Littlest Reindeer; Better Watch Out; Jesse Stone: Thin Ice; Cleanin’ Up the Town: Remembering Ghostbusters; Fish; Snow Queen; The Most Wonderful Time of the Year; Tin Man and The Chosen.