TV2 Nord delivers dynamic election day coverage with nxtedition | Infrastructure | News | Rapid TV News
By continuing to use this site you consent to the use of cookies on your device as described in our privacy policy unless you have disabled them. You can change your cookie settings at any time but parts of our site will not function correctly without them. [Close] 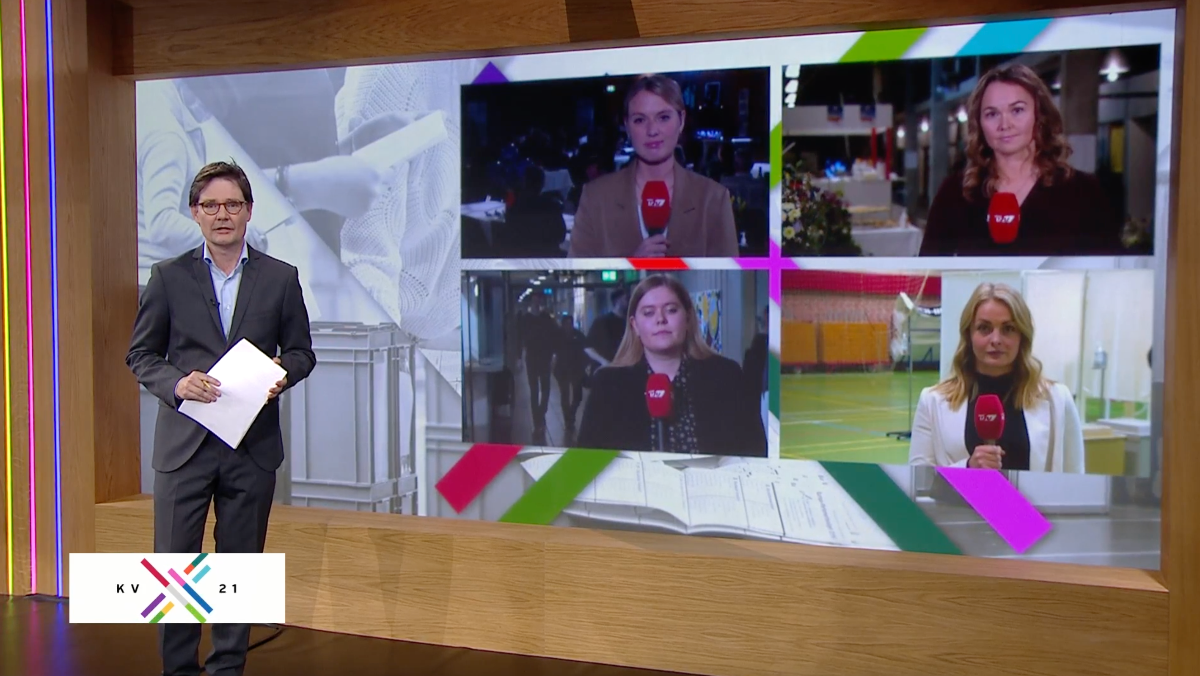 The election covered 98 of the country’s municipal seats and five regional councils and the broadcaster relied on its nxtedition system to handle video wall and graphics automation throughout.

nxtedition sent data to CasparCG's dynamic HTML5 graphics templates and delivered live link and data for transmission and the studio's video walls. The system was also used to pull in social media interactions from the station’s Facebook page and delivering them into graphics templates. The studio presenters controlled data and graphics delivery to the video wall on the fly from their tablet shotboxes.

TV2 Nord’s nxtedition system is its platform of choice for news production and was already integrated into its production workflow, meaning the studio presenters and staff were already familiar with it.

TV2 Nord CTO Peter Zanchetta said: “Working with nxtedition on the election project made the operation so much smoother. It’s easy to customise the system and the content, which is a huge advantage. And we didn’t need to integrate another technology platform to handle social media like we used to in the past, which again simplifies the whole process. nxtedition has a track record for reliability, which was vital to this project, and are always on hand 24/7 whenever we ask for support.”

Live debates in each municipality or region being contested are always a main part of TV2 Nord’s election coverage. Normally, this means having to set up an OB truck and send journalists and technical crews out on location. This year, they took a different approach, with live debates hosted in their studio. Voters were able to engage and submit questions, in realtime, via the broadcaster’s Facebook channel.

Ola Malmgren, CEO, nxtedition commented: “Election coverage means fast response times and the ability to pull up graphics with updating data in an instant. This is where nxtedition shows its power – one platform can handle everything seamlessly, including social media integration.”