Nokia, Ooredoo ink sign strategic five-year agreement | Mobile | News | Rapid TV News
By continuing to use this site you consent to the use of cookies on your device as described in our privacy policy unless you have disabled them. You can change your cookie settings at any time but parts of our site will not function correctly without them. [Close]

As part of a multi-country, five-year deal, Nokia has been selected by Ooredoo Group to bring multiple technologies and services, including 5G, to customers in Middle East, North Africa and South-east Asia. 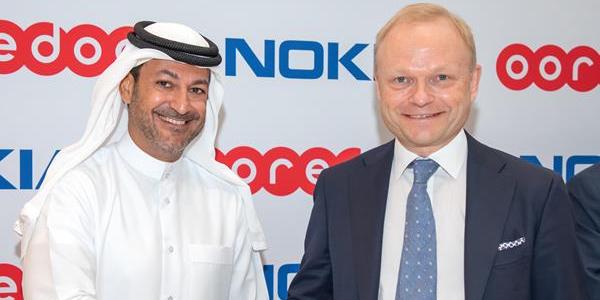 The new deal, which builds on the leading comms tech provider’s global partnership with the Qatar-based operator, will see Nokia expand Ooredoo’s existing network, as well as introduce new 5G services. The deployment is already underway and is expected to be completed by 2026 in all of the operator’s territories.

“This renewed contract is testimony to our growing partnership with Nokia to modernise and expand our network by rolling out world-class 4G and 5G services across North Africa and Southeast Asia,” said Aziz Aluthman Fakhroo, managing director, Ooredoo Group, said: Thanks to Nokia’s advanced technology, our customers will be able to experience faster speeds and enhanced response times as well as more bandwidth.”

Pekka Lundmark, president and chief executive officer at Nokia, said: “We are excited to continue delivering robust networks to Ooredoo’s customers. This new five-year deal will accelerate the benefits of Nokia’s technology – including 5G – for consumers in Middle East, North Africa and Southeast Asia…The move to 5G will drive radical transformation.”