ThinkParQ makes M&E play | Infrastructure | News | Rapid TV News
By continuing to use this site you consent to the use of cookies on your device as described in our privacy policy unless you have disabled them. You can change your cookie settings at any time but parts of our site will not function correctly without them. [Close]

ThinkParQ, the company behind the leading parallel file system BeeGFS, has expanded its market reach by launching into the media and entertainment arena with the aim of creating the same customer experience as in other market areas, enabling the creation of high-performance media entertainment workflows. 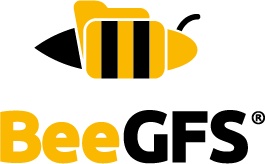 With a user-space architecture that is claimed to enable the management of any I/O (input/output) profile requirements with no performance restrictions, BeeGFS is designed to provide the scalability and flexibility that its developers say is needed to run the most demanding infrastructures. The results are said to be increased productivity by delivering faster results, as well as making it possible to apply new data analysis methodologies without altering existing workflows or applications.

ThinkParQ entered into a technology partnership with ELEMENTS in October 2021 focusing on delivering BeeGFS for broadcast and film production, as well as post-production facilities, and both partners are confident that it will be rapidly adopted by the M&E market. The official SPEC Performance Benchmark recently tested ELEMENTS BOLT with BeeGFS and proved it to be one of the fastest storage appliances available today.

"BeeGFS performs exceptionally, is simple to deploy and offers a high degree of manageability," commented ThinkParQ chief executive Frank Herold. "We believe strongly that BeeGFS can create the same customer experience in M&E as it has in our other market areas. Together with ELEMENTS, BeeGFS will enable the creation of future-proof and high-performance media entertainment workflows."