Final Pixel launches virtual production academy | Major Businesses | Business | News | Rapid TV News
By continuing to use this site you consent to the use of cookies on your device as described in our privacy policy unless you have disabled them. You can change your cookie settings at any time but parts of our site will not function correctly without them. [Close]

Aiming to address what it says is an industry skills gap, global creative studio Final Pixel, which specialises in end to-end virtual production for film, TV and advertising, launching a training academy designed to upskill and train the next generation of virtual production artists, technicians, producers and directors. 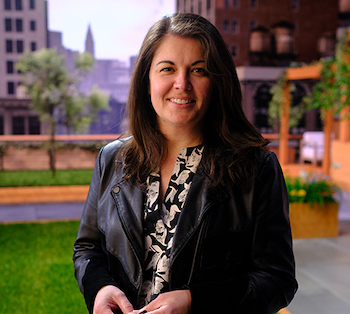 The curriculum will be based on the workflow learnings and on-set experiences that Final Pixel has gained in what it says are in ‘Mandalorian style’ virtual production and multiple end-to-end large scale shoots, including projects for Discovery, Disney/ABC and Shutterstock.

The company says that it will be continuing its ethos of sharing with the industry and working in partnerships - as seen recently in the StoryFutures Immersive Skills Report 2021 which examined the opportunities of virtual production for the UK media industry and skills gap, as well as the National Film School/Storyfutures Virtual Production Bootcamp, run by Final Pixel earlier this year.

Commenting on the new project, Monica Hinden, Final Pixel’s executive producer, says, ‘’What sets Final Pixel Academy apart is that we are sharing the latest knowledge and on-set experience in workflow, technology and practices so that we can further the virtual production field collectively. There are lots of training courses on the market talking about virtual production, but we are sharing our first-hand experience while we trial and work with the latest technology. As those who have partnered with us already will testify, we are very generous in sharing – we are an open book.”