Redbox inks Fremantle content deal | Deals | News | Rapid TV News
By continuing to use this site you consent to the use of cookies on your device as described in our privacy policy unless you have disabled them. You can change your cookie settings at any time but parts of our site will not function correctly without them. [Close]

Furthering the rapid expansion of the free streaming service that has seen a strategic acquisition of Seaport Global and contracts with Vewd, Lionsgate and Curiosity, Redbox has signed a content deal with global production firm Fremantle. 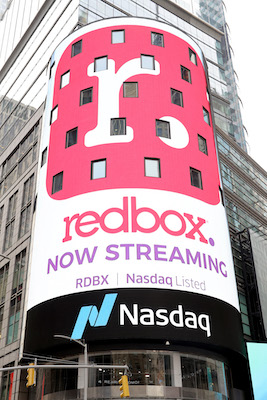 Redbox operates a rapidly growing digital streaming service that provides both and supported (AVOD) and paid films from Hollywood studios and content partners, as well as over 120 channels of free ad supported streaming television (FAST). It has spent the past year scaling its ad-supported video on demand (AVOD) streaming service to include popular films and television series while also growing to more than 120 FAST Channels available on its streaming app. There are plans to add more in the coming months.

The Fremantle deal adds Free Ad Supported Television (FAST) channels which will make their debut on 1 December 2021. They include BUZZR, The Price Is Right: The Barker Era and the Baywatch channel.

BUZZR is a pop culture time capsule enabling viewers to play along to some of Fremantle’s portfolio of more than 40,000 iconic game show episodes, which are shown around the clock. Featured titles include Match Game; Whew!; as well as famed titles Family Feud, To Tell the Truth, Password, Press Your Luck, Blockbusters and Card Sharks. The Baywatch channel features the first 5 seasons, with new seasons switching in every quarter, including Baywatch: Hawaii.

“Our partnership with Fremantle will add tremendous value to our free streaming service,” said Chris Yates, general manager, Redbox On Demand. “These iconic television shows anchor our latest FAST channels, and our customers will soon enjoy even more entertainment from Redbox. We couldn’t be more excited to add them to the platform.

“At Fremantle we’re on a journey to continue growing our audiences and deliver our great shows via partners who offer the latest content delivery methods,” added Fremantle executive vice president of global channels Mark Deetjen. “Redbox has been an innovator since its inception and its growth in the FAST space reflects our shared goal of making content available to audiences wherever they choose to consume it.”