Tubular Labs claims first cross-platform buying standard for social video | Ad Tech | News | Rapid TV News
By continuing to use this site you consent to the use of cookies on your device as described in our privacy policy unless you have disabled them. You can change your cookie settings at any time but parts of our site will not function correctly without them. [Close] 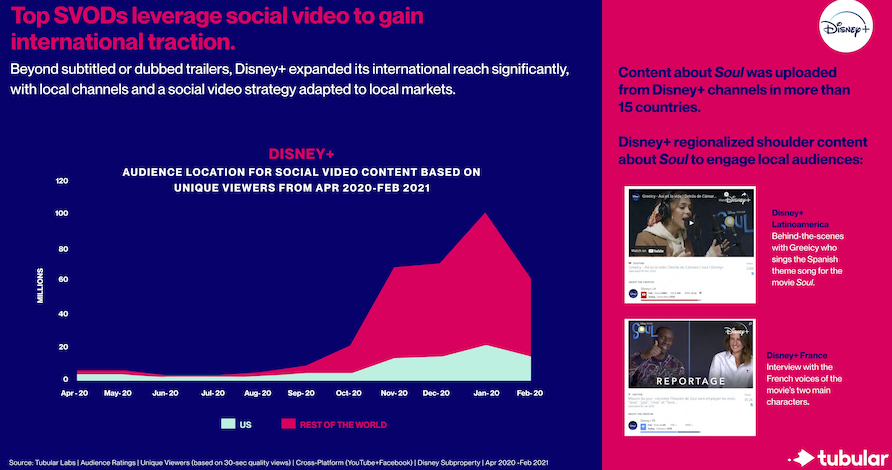 With its new system, the company says that it can offer a first-of-its-kind scoring system that offers customers the ability to better plan and measure the viewership for content against target audiences and compare the performance of channels across platforms to optimise investments. The ratings, modelled after adopted TV viewership norms, are now available in Brazil, France, Germany, Mexico, the US and UK.

The gross rating point system is a new extension of Tubular Audience Ratings, a tool for measuring the de-duplicated audience reach and demography for channels across social video platforms. Using quality viewing sessions of at least 30 seconds, Tubular’s addition of gross rating points are claimed to bring an “unprecedented” level of transparency and predictability about the performance of social video viewership on specific channels, and enables comparisons that were previously impossible.

In partnership with the Global Video Measurement Alliance (GVMA) — which includes major agencies and media companies including BuzzFeed, ViacomCBS, Digitas and Group Nine Media —Tubular has pushed for the standardisation of social video, adopting and adapting traditional metrics. It says that with GRPs, publishers can prove the value of audiences with metrics advertisers are already familiar with.

GRPs are also now available for most video publishers with a minimum base of 1 million views per month on Facebook or YouTube. The Tubular dashboard delivering the gross rating points allows customers to compare against all publishers and monitor the expected delivery against a target demo to evaluate media partners for cross-platform social video advertising or branded content.

Citing an example of the NFL, Tubular noted that while the sports league is considered the 25th largest media and entertainment channel with 22.7 million unique viewers in the US in September, the league is ranked eighth with a GRP of 48.2, indicating said Tubular that its audience watches more frequently than competitive channels. Similarly, Sesame Street is 36th by US unique viewers (18.8 million), but with a GRP of 33.9, which is 13th overall.

“It is no secret that there is tension in the market around failing measurement currencies, preventing marketers from truly tapping into social video measurement and informed ad targeting,” commented Tubular chief strategy officer Stephen DiMarco.

“Time spent consuming social video has skyrocketed and is fuelling the demand for a new standard for evaluating audiences and optimising investments in social video. Tubular’s Audience Ratings and our expansion into gross rating points was built to establish better benchmarks for specific audience viewership, which is critical to unlocking potential for advertisers, growth for publishers and maturing the industry overall.”