IPTV to overtake cable TV in subs | Media Analysis | Business | News | Rapid TV News
By continuing to use this site you consent to the use of cookies on your device as described in our privacy policy unless you have disabled them. You can change your cookie settings at any time but parts of our site will not function correctly without them. [Close]

Led by the continued huge shift in platforms in China, the global IPTV market is set to see its subscriber numbers exceed those from cable TV in 2026, adding 63 million subscribers between 2021 and 2026 to total 398 million says a study from Digital TV Research. 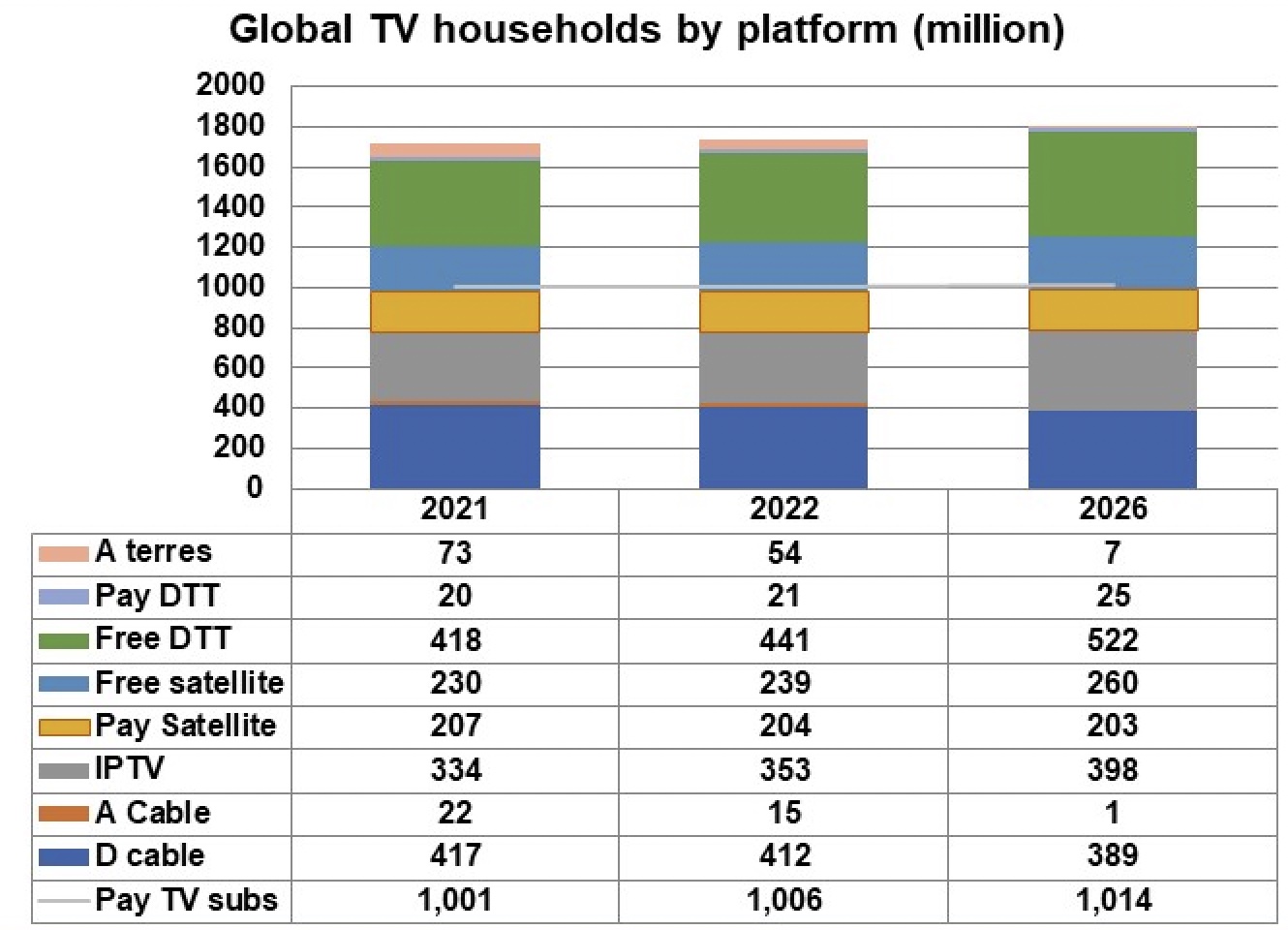 By contrast, the report predicts there will be 389 million digital cable households and 260 million using free satellite, 203 with free satellite and 522 million with free DTT.