Graham Pitman (1952-2021) | Major Businesses | Business | News | Rapid TV News
By continuing to use this site you consent to the use of cookies on your device as described in our privacy policy unless you have disabled them. You can change your cookie settings at any time but parts of our site will not function correctly without them. [Close] 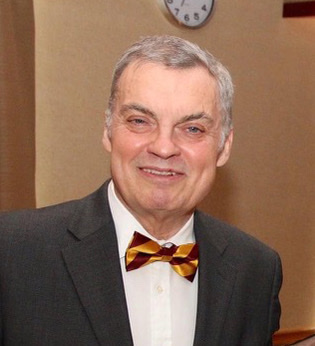 It is with the deepest and most profound sadness that we have to report the passing of Rapid TV News publisher, founder and driving force Graham Pitman.

In a demonstration of the entrepreneurship and endeavour shown as the business flourished for more than 20 years, the European Television Guild launched the first Asian channel in UK, and Graham was proud to receive in 2017 a Lifetime Achievement Award at AVTA, celebrating the success of Asian television in the UK market. He set up the Rapid TV News industry website in 2007 and spinoffs TV Hispana and Rapid TV Everywhere on the back of the success of the flagship title.

Graham’s long and successful career in publishing began in the late 1960’s as a compositor, then in accounts, at the Bath Chronicle. He was well known in international publishing circles for his ability to salvage unprofitable news titles via reorganisation of staffing levels, introducing new technology and weekly advertising.

In addition to his successful publishing activities, Graham’s other passion was for family and for rugby. He played for Oldfield, the Bath Chronicle, and Bath RFC. He was life vice-president and non-executive board advisor at Oldfield Oldboys RFC, where he sponsored youth team training, the Values Project Award, and contributed significantly to the clubhouse facilities. He played on the St. Austell Rugby Team and later affiliated with the St. Austell Rugby Club past players.

Born in Bath, Graham attended St. Stephens School and Oldfield School. As a St Stephens chorister he sang at Bath Abbey. He loved trains, saw the Beatles on their Hard Days Night Tour, and knew the words and names of all musicians of the most popular bands in the era.

Loved and cherished by his family, Graham’s energy, generosity and spirit that have taken Rapid to where it is today will be sorely missed by all of us in the team.