Virgin Media O2 launches Wi-Fi 6 broadband router | Infrastructure | News | Rapid TV News
By continuing to use this site you consent to the use of cookies on your device as described in our privacy policy unless you have disabled them. You can change your cookie settings at any time but parts of our site will not function correctly without them. [Close]

Promising to deliver  faster speeds to connected devices throughout the home.Virgin Media O2 has launched its new Hub 5, powered by Wi-Fi 6 technology, 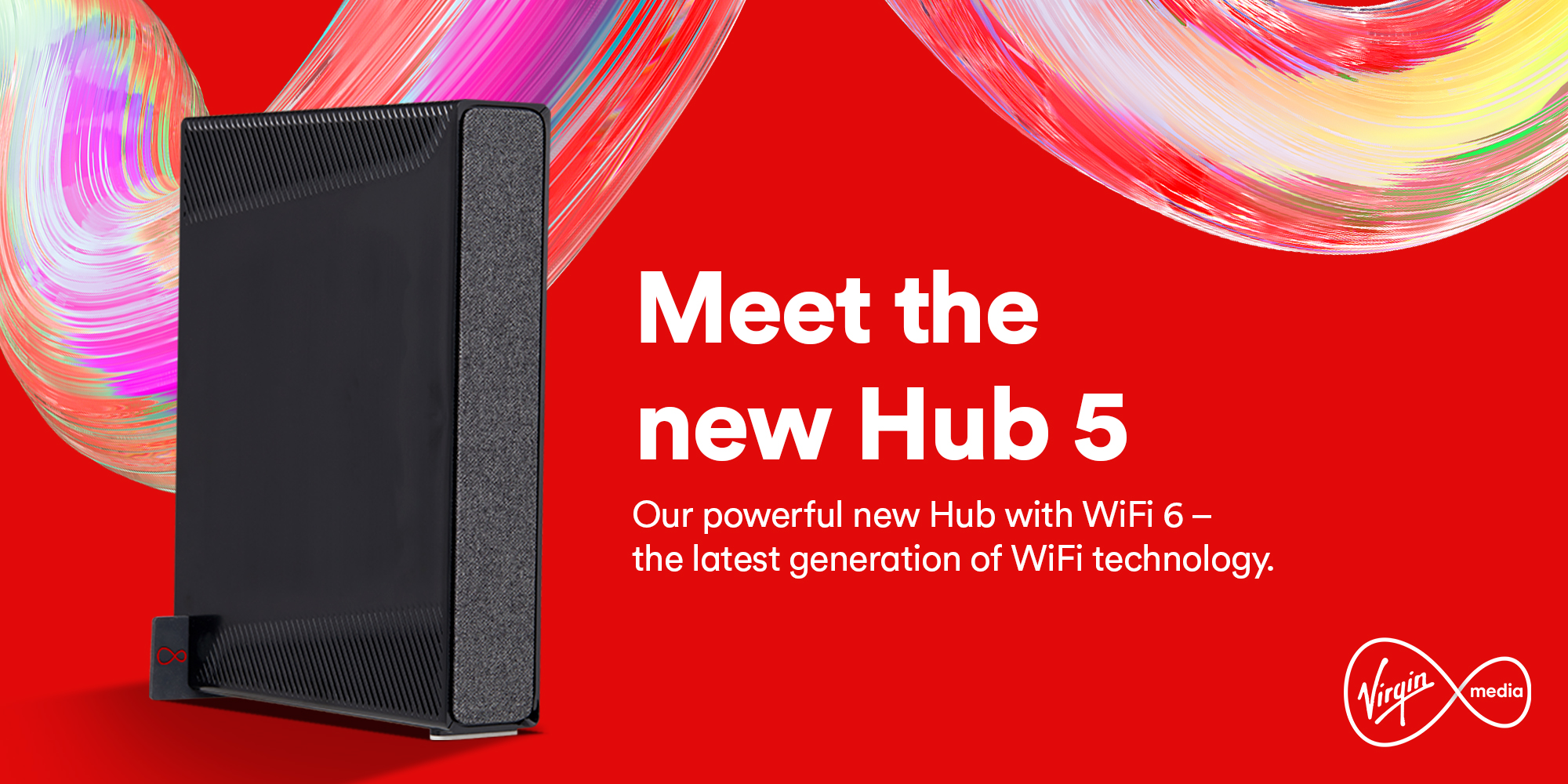 This latest future-proof Wi-Fi standard, which will work with Virgin Media O2’s existing DOCSIS 3.1 technology, is designed to power the next generation of connected devices – including modern smartphones, laptops, tablets and next-gen games consoles.

With this latest technology, the Hub 5 will be able to support more devices, connecting at the same time, while expanding coverage and stability, which improves Wi-Fi performance.

The Hub 5 has been designed to support multi-gigabit speeds and comes with a 2.5Gbps ethernet port alongside three additional 1Gbps ports.

By the end of this year Virgin Media O2 will deliver gigabit broadband speeds across its entire network of 15.5 million homes.

It recently delivered next-generation 2,200Mbps broadband speeds to homes in Edinburgh and Birmingham in real-world trials.

Virgin Media O2 is committed to reducing its environmental impact with a goal of achieving net-zero carbon operations by the end of 2025. The Hub 5 is made from 100% post-consumer recycled plastic and Wi-Fi 6 technology helps boost network efficiency and connected devices’ battery life.

Since 2014, Virgin Media has taken back 13 million pieces of equipment with eight million refurbished and reused with the remainder being recycled. Launched in 2009, to date O2 Recycle has paid out more than £250 million and recycled more than 3.3 million devices – hundreds of tonnes of e-waste – with zero going to landfill.

Jeff Dodds, chief operating officer at Virgin Media O2, said: “At Virgin Media O2 we don’t stand still and are constantly working to give our customers the latest and most innovative technology to suit their digital needs now and in the future.

“We are excited to give our existing customers first access to the Hub 5, powered by Wi-Fi 6 technology, which will provide even faster Wi-Fi speeds and help unleash the full potential of new devices from next-gen games consoles to the newest smartphones in their homes.”

As part of a phased roll-out, Virgin Media will offer the Hub 5 to existing customers first at no extra cost. Eligible customers will be contacted and given the option of upgrading ahead of a wider launch in 2022.