Barcroft Studios rebrands as Future Studios | Major Businesses | Business | News | Rapid TV News
By continuing to use this site you consent to the use of cookies on your device as described in our privacy policy unless you have disabled them. You can change your cookie settings at any time but parts of our site will not function correctly without them. [Close]

As part of a major restructuring of one of its key divisions, leading factual producer Future has announced that Barcroft Studios, the factual content business it acquired in December 2019, has now rebranded as Future Studios with two team promotions following a strong period of growth. 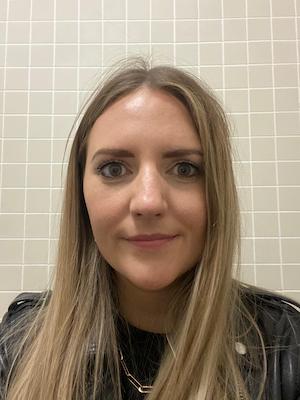 The production business, led by chief creative officer John Farrar, has enjoyed a sustained period of growth in both linear production and digital since being integrated into the Future business. It has been commissioned by Channel 4 to co-produce the reboot of classic TV show GamesMaster, the Future brand set to make a return to E4 and social channels later this year, in partnership with Oculus Quest 2 from Facebook.

Following the success of Totally Game, the original short form documentary series Barcroft produced in collaboration with Future’s games division, the company is in production on three new Future Originals - an anthology gaming series, a factual series focusing on the paranormal and a new true crime strand, in partnership with Future plc brand Marie Claire.

In additional to a range of projects currently in development and production for linear broadcasters around the world, Future Studios produces over 50 short form episodes per month across its various social media channels and recently launched Transformed and Dating Different, two original formats with episodes regularly receiving over 10 million views across social channels. The business has also become established as one of the UK’s leading producers of original content for Snapchat.

“With several new series in production for our terrestrial, cable and digital clients as well as exciting new projects in development from across Future’s incredible portfolio of media brands including our GamesMaster reboot, we felt it’s a natural next step to rename the business Future Studios as we look ahead to the next phase of our growth,” said Farrar, explaining the rebrand.

In terms of promotions, Al Brown, becomes vice president of Future Studios, responsible for overseeing internal development and commissioning and distribution. Al previously oversaw Barcroft’s factual output for Channel 4’s True Stories brand as executive producer, reporting into Farrar. Brown previously spent over a decade at Vice UK, joining in 2008. He was a member of the team responsible for launching linear pay-TV channel Viceland, online channel Vice News and was vice president of programming for Vice Studios, with responsibility for the UK division.

Ellie Winstanley (pictured) has been appointed junior executive producer at Future Studios. She has been Series Producer on many of the company’s most successful series for Snapchat and Channel 4 and will have responsibility for external digital commissions on Snapchat and YouTube and Facebook output.