Netflix adds more older viewers as younger audiences head to cinemas | Media Analysis | Business | News | Rapid TV News
By continuing to use this site you consent to the use of cookies on your device as described in our privacy policy unless you have disabled them. You can change your cookie settings at any time but parts of our site will not function correctly without them. [Close]

Research from Ampere Analysis has revealed a shift in the Netflix core audience with the SVOD leader beginning to lose its youth-skewing customer base as people of all ages are seeking on-demand entertainment. 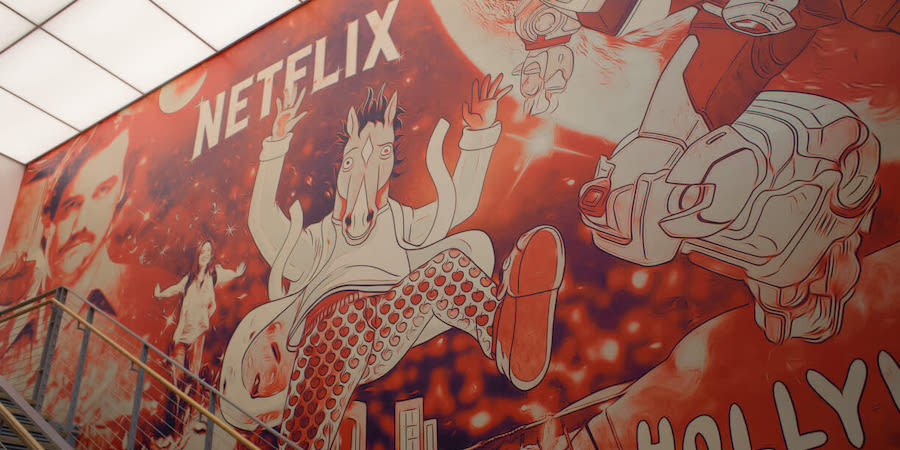 Ampere's report, covering the period of the third quarter of Q3 2021, interviewed 48,000 Internet users across 25 markets and illustrated the rapid demographic changes in media consumption as the world emerges from lockdown.

Among even older groups, Netflix usage was growing rapidly. Global monthly usage of Netflix increased by over 22% among the over-45 group in the past two years, while the same time period saw a growth of just 5% among younger consumers. In some mature markets, for the first time, 24–44-year-olds were now more likely to be Netflix subscribers than their 18-24 year-old peers.

By contrast, younger consumers have been the first to seek out-of-home entertainment, flocking back to cinemas to see new major releases like Cruella and Marvel’s Shang Chi and the Legend of the ten rings. Nearly half of returned cinemagoers this quarter were aged under 35. Pre-pandemic, they represented just over a third of theatrical attendees. The 2020 Tokyo Olympic Games led to new fan engagement with a growth in younger consumers self-identifying as fans of the games. While viewing is still driven by those aged over 45, a higher proportion of fans are now younger. Prior to the Summer Olympics earlier this year, 24% of self-professed Olympics fans were under 35. By Q3 2021, this had grown to 28%.

Looking at other offers, in particular advertising video-on-demand (AVOD), the report found that streaming boxes were cementing their role at the heart of TV viewing.

In the crowded US subscription market of the USA, AVOD platforms were found to be enjoying growth in engagement as users search for low-cost entertainment options. A third of Internet users in the US have used an AVOD service such as Pluto TV, Tubi and The Roku Channel in the past month, compared wioth 17% in Q3 2020.

The study also showed that ownership of streaming boxes and sticks was found to have increased by 18% since Q3 2019, before the pandemic began. Devices such as Roku, Amazon Fire TV or Google Chromecast were now in nearly two thirds of US Internet homes and half of UK Internet homes. Such devices were facilitating access to an array of free-to-view and paid video services and are helping to drive adoption of a wider range of streaming products.

“The growth in AVOD usage partly reflects how expensive the streaming market is becoming. The fact that younger audiences are now engaging with AVOD will be welcome news for platform owners and will make the services even more attractive to brands,” commented Ampere Analysis principal analyst - consumer research lead, Minal Modh. “We can see the pandemic’s impact as older audiences turned to Netflix for entertainment during the numerous lockdowns. As we emerge from the pandemic, it’s the younger demographics who are spearheading the return to the cinema in search of a more social viewing experience.”